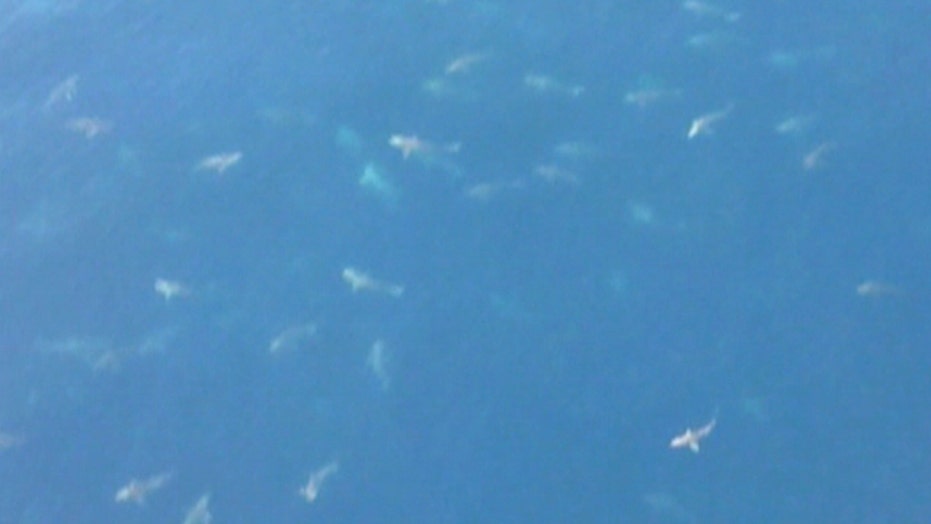 Video shot from an oil rig high above the Gulf of Mexico last week shows hundreds of sharks in a massive frenzy as they make their way north following the winter.

The video shows mostly spinner sharks, according to experts, but other species are among the massive school. The action was videotaped from a rig 70 feet high off the coast of Grand Isle, La. National Geographic shark expert Greg Marshall said the sharks were making their way back from their winter migration. The sharks were likely following - and feeding on - a school of baitfish, according to experts.

The spinner shark is named for the spinning leaps it makes as a part of its feeding strategy, on full display in the video.

Marine biologist and filmmaker Ellen Husain told MailOnline that other shark species were also in the frenzy.

"You can also get a few other sharks mixed in with them, like hammerheads and blacktips," she said.

This isn't the only fascinating shark sighting that has been making the Internet rounds lately. From a man performing a C-section on a shark that washed up on shore to a teacher's up close and personal snapshot of a great white, sharks have been making plenty of headlines in the news.