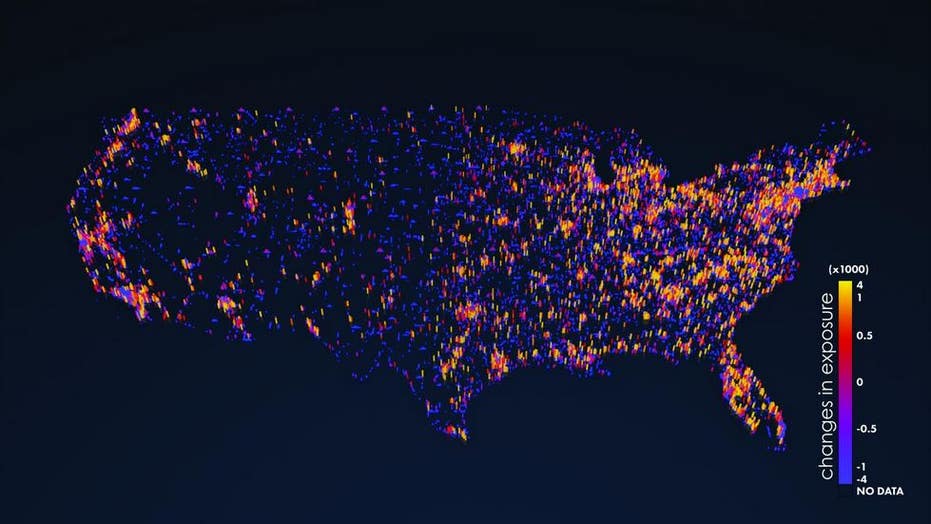 The U.S. will most likely be exposed to a larger number of extreme climate events such as more frequent heat waves, longer droughts and more intense floods, according to a new report that also warns of negative health consequences.

A team of researchers from the Department of Energy's Oak Ridge National Laboratory (ORNL), Istanbul Technical University, Stanford University and the National Center for Atmospheric Research reached this conclusion by using ORNL's Titan supercomputer to calculate the trajectories of nine types of extreme climate events. Results from their research were published in Earth's Future in March.

"We calculated population exposure at a 1-kilometer scale, which had never been done before, to provide more precise estimates," Moetasim Ashfaq, a climate computational scientist at ORNL, said in a statement.

The team based its calculations on the National Oceanic and Atmospheric Administration's (NOAA) National Centers for Environmental Information Climate Extremes Index, or CEI. Previous studies have examined the impact that one type of extreme, such as temperature or precipitation, could have on broad climate zones across the country.

The map displays projected changes in human exposure to extreme climate events at a 1-kilometer scale from 2010 to 2050, which range from minor decreases in rural and suburban areas to moderate and major increases in densely populated urban centers. (Adam Malin/Oak Ridge National Laboratory, U.S. Dept. of Energy)

However, this team estimated the combined consequences of many different types of extremes all at once and did its analysis at the county level. This approach provides unprecedented regional and national climate projections to identify the areas and population groups that are most likely to face such hardships.

According to the researchers' estimates, on average, more than 47 million people throughout the U.S. are exposed to extreme climate conditions annually, and this population exposure has been increasing. Scientists expect the trend to continue and anticipate that the number of people exposed could double by 2050, which means that one in every three people would be directly affected.

"These collaborative efforts could uncover how various climate extremes affect certain areas and help determine the types of policies and mitigation strategies that may be required to prevent or reduce the damage," Ashfaq said.

Scientists estimated the prevalence of extreme events, like droughts, in a new study. (iStock)

Experts also believe such an increase in extreme weather could exacerbate a range of cardiovascular, respiratory and medical conditions, in addition to negatively impacting crop yields and disrupting economies that rely on agriculture.