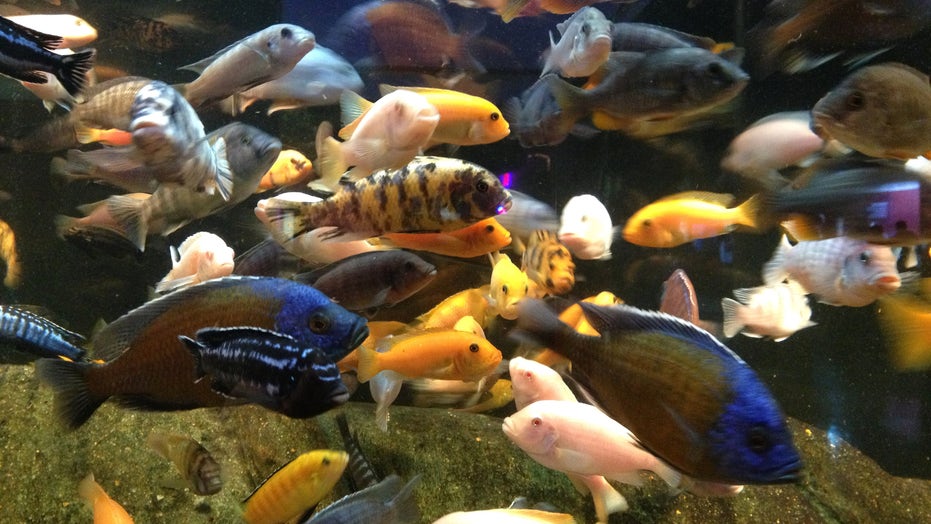 An unusual type of fish has the ability to produce entirely new species when it mates.

Cichlids, a colorful fish typically found in the freshwater lakes of Africa, can sometimes have sex with the wrong partner.

According to a new 10-year study on two African freshwater lakes published in Nature Communications, the females accidentally could introduce new genes into their population.

"This could have been because when the lake formed, the water was very cloudy and they couldn't see colors properly so the females were not being as choosy about selecting a mate in their new environment," evolutionary biologist Joana Meier, from the University of Cambridge, said in a statement.

A tank full of African cichlids at the Oklahoma Aquarium in Jenks, Oklahoma. (Flickr/OakleyOriginals)

The scientists, led by Meier, said they discovered more than 40 new cichlid species over the course of the study in Lake Mweru, on the longest arm of the Congo River.

Cichlids have been very diverse, including more than 1,300 known species, Newsweek reported.