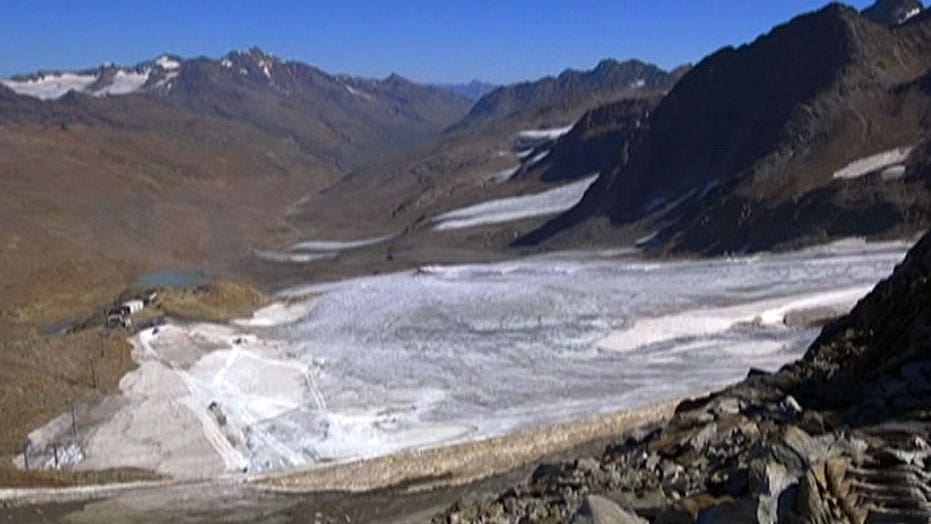 Just days ahead of talks to reduce greenhouse gas emissions, the U.N.’s climate chief insists a historic deal will be reached.

Figueres said there was "quite a bit of mounting momentum on the part of every sector – the private sector, the public sector, civil society – toward an agreement."

"Everyone has actually realized that there is more risk in not addressing climate change and there is more opportunity in addressing it," she said, referring to the two-week talks which start Monday.

Figueres, who has been involved in climate negotiations since the 1990s, said she expects to see a global agreement that will keep temperatures from rising 2 degrees Celsius (3.6 degrees Fahrenheit) above pre-industrial levels and will include details on how countries will reduce their emissions beyond the next 15 years. It will also spell out “how that is going to be monitored verified, reviewed, how the accountability is going to be done," she said.

But not everyone is feeling the optimism. In congressional hearings this month, Republicans said American commitments to cut emissions will make little difference and that the Obama Administration is giving control of American energy policy to the U.N.

Rep. Lamar Smith, R-Texas, chairman of the House Science, Space and Technology Committee, went further. He questioned the science that shows the Earth is warming and even subpoenaed records from the National Oceanic and Atmospheric Administration that he said might show it had doctored data to get "politically correct" results.

Skeptics have largely dismissed the fears over global warming, saying climate change has been going on since the beginning of time. They also claim the dangers of a warming planet are being wildly exaggerated and question the impact that fossil fuels have had on climate change.

In Gallup’s annual environmental survey, conducted earlier this year, Americans expressed the greatest concern about pollution of drinking water, and the least about global warming or climate change - at 35 percent.

But a Yale University study released Wednesday found that 71 percent of Americans said it was important for the world to reach a deal in Paris to limit emissions, though only 23 percent felt it was "very important."

Among the key key issues at the talks will be climate finance.

The setting sun is partially obscured by smoke from an out of control wildfire on the Parks Highway near Willow, Alaska, in this picture courtesy of Mat-Su Borough taken June 14, 2015. REUTERS/Mat-Su Borough/Stefan Hinman/Handout

Figueres said nations were on track for reaching a goal of giving developing nations $100 billion a year by 2020 to adapt to climate change is on pace – the Organisation for Economic Co-operation and Development recently reported that climate financing for poor countries reached $51 billion in 2013 and $62 billion last year – but she said much more needs to be done.

“The $100 billion is critically important from a political point of view because that was the political promise that was made to the developing countries,” she said, citing commitments made by world leaders in 2009 in Copenhagen.

The expected deal comes as more affordable renewables like wind and solar are motivating countries to cut their emissions, Figueres said, and the dangers of a warming planet blamed mostly on the burning of fossil fuels are becoming more visible.

The Earth experienced record temperatures last year and is on pace to do the same in 2015, according to the NOAA. The World Meteorological Organization,  in a report issued on Wednesday, agreed. It noted that temperatures since 2011 have been the warmest on record and have increased 1 degree Celsius since pre-industrial times.

The Middle East, Africa and Australia have experienced dramatic heat waves this year, and a historic drought in California – worsened by a record-low snowpack in the Sierra Nevada mountains – has forced authorities to introduce draconian measures to reduce water usage.

At this point, the U.N. estimates that a deal would cover at least 86 percent of greenhouse gas emissions worldwide and reduce the threat of runaway temperatures in the decades ahead – but it would not prevent rising above the 3.6 degree Fahrenheit threshold.

Workers carry a damaged photovoltaic panel inside a solar power plant in Gujarat, India, July 2, 2015. India's $100 billion push into solar energy over the next decade will be driven by foreign players as uncompetitive local manufacturers fall by the wayside, no longer protected by government restrictions on the sector. REUTERS/Amit Dave - RTX1IR4N

Plans have been submitted by most countries, including China and the U.S., the biggest emitters.

“The good news of all those climate change plans is that they actually do cut into the business-as-usual projection of greenhouse gas emissions as well as temperature,” Figueres said.

“Is it enough? No. It clearly is not enough. So it’s a very good start, a movement in the right direction, but it’s very clear that these national climate change plans are a down payment, if you will, on the transformation that needs to increase in scale and in pace.”

Clashes between rich and poor nations over how to resolve the issue of climate change have pervaded talks for more than two decades.

The U.S. never signed the 1997 Kyoto Protocol because it didn’t require emissions cuts from developing countries, including China and India.

A painful search for a new deal followed, symbolized by walkouts, protests and the failure of talks in Copenhagen in 2009. Negotiations faltered over who should take the lead in cutting emissions and how to help poor nations shift away from fossil fuels.

This time, China and the U.S. have laid the groundwork. The U.S. says it will reduce emissions 26-28 percent below 2005 levels by 2025. China has agreed to cap emissions by 2030, or earlier if possible, and increase the share of energy it derives from sources other than fossil fuels.

India, another big emitter, has promised to reduce its emissions intensity by 33-35 percent below 2005 levels by 2030 and to increase electricity generated by sources other than fossil fuels by 40 percent.

Critics say they are skeptical that China or India will take action or be able to wean themselves off their dependence on coal, and they doubt anyone will be able to verify their efforts even if they do.

But Figueres said doubters should look at what both countries are doing on the renewable energy front.

“China is investing $80 billion into renewable energy, creating 3 million jobs (and) practically blanketing the Gobi Desert, because they want to take full advantage of their solar potential,” Figueres said. “Together, China and India will be creating the opportunity and investing two times as much into solar and wind as the current global capacity in renewables….

“So I actually do think that one has to look at the facts and the numbers and understand that the developing countries are moving forward in an accelerated and very determined pace to be able to clean their energy systems at a pace that we would have never thought possible even three or four years ago.”