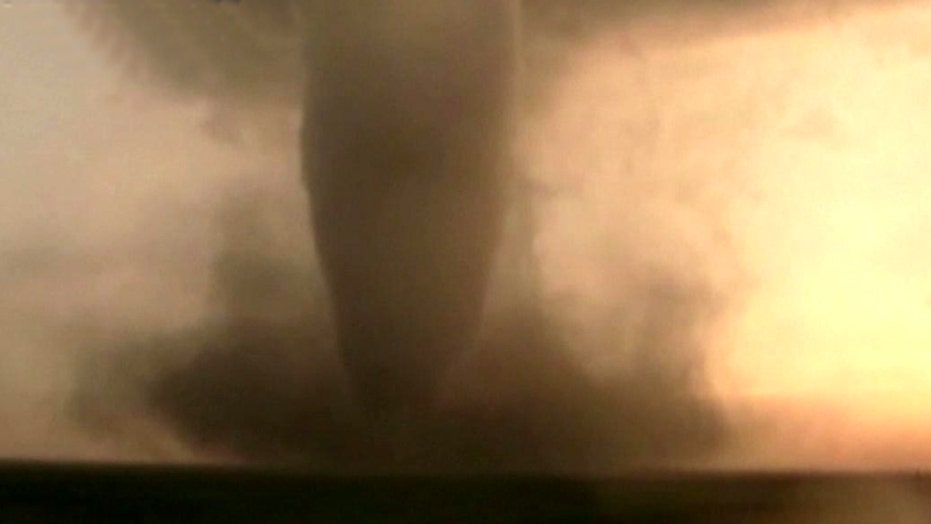 The 16 tornadoes that dropped down on North Texas last week, ripping homes off their foundations and killing six people, was a prelude.

Severe weather is gathering over swathes of Midwest United States, from Texas to North Dakota. There is nothing unusual about this weather or its severity; it is, quite simply, tornado season. On Sunday, tornadoes killed one person and injured 21 in Oklahoma as well as touching down in Iowa and Kansas. As of Monday, a tornado weather warning is in effect across much of the central and southern Plains.

Still, the tornadoes in Texas took people by surprise. Granbury was worst hit, with wind speeds of at least 179 miles per hour. Experts rated the twister a four or “devastating” on a five-point scale, where a five is “incredible.”

Some 150 dogs, 20 cats, birds, gerbils, lizards and even a rooster were misplaced in the aftermath. Residents of Granbury described the scene as a ‘warzone’ to Hood County News.

At first glance, it appears the twisters of such magnitude are rare, with the previous tornado of comparable intensity in Texas recorded back in May 1999.

Top 20 Reasons We’re Not as Powerful as We Think

But appearances can be deceptive. The National Weather Service changed the way it rates tornadoes in 2007. So, a “devastating” tornado today may have been rated as only “significant” in years past, cautions Harold Brooks, a research meteorologist with the National Oceanic and Atmospheric Administration’s National Severe Storms Laboratory in Oklahoma.

Brooks, an avid weather watcher, has been monitoring the dispatches out of Texas. His colleagues at the National Weather Service office are on the ground, surveying the devastation to tell the world how bad the tornadoes were.

The practice began in 1971 when T. Theodore Fujita, a severe storms researcher at the University of Chicago, suggested the “Fujita” or F scale to rate twisters as weak or strong according to their intensity. The scale links the observed damage to wind speeds.

Broken chimneys and branches indicate winds of at least 40 miles per hour, and such tornadoes are rated F0. “Inconceivable” tornadoes, rated F6, have wind speeds of 319 miles per hour and can hurl cars and refrigerators like missiles.

The National Weather Service began dispatching experts to tornado-struck areas in 1973 to apply the F scale. If the experts found a home wiped off its foundation, they would rate the tornado “incredible” or F4. A tornado of this magnitude was linked to wind speeds of 261 to 318 miles per hour.

But a major problem with the Fujita scale was that the wind speeds were simply too high. Winds of 261 miles per hour are not necessary to completely destroy a house. Weaker winds can cause a similar amount of damage.

In 2006, researchers at Texas Tech University proposed the “Enhanced Fujita” or EF scale with more realistic wind speeds. An EF-4 tornado with winds speeds of 170 miles per hour is comparable to a F3 tornado. There were 17 tornadoes of F3 intensity in Texas between 1999 and 2006.

Will Hurricanes Ever Reach Category 6?

Winds of 79 miles per hour can blow off 20 percent of the roof shingles off a two-story family home, according to the EF scale. As the winds pick up, glass windows shatter. The rest of the roofing material blows off, as do garage doors. Internal pressure accumulates within the house, and the wind lifts up and carries away the entire roof. Walls then collapse. If the winds are strong enough, the house is entirely destroyed. That’s a 10 on a 10-point scale of damage. The expected wind speed in this scenario is about 200 miles per hour.

As Brooks watched videos out of Granbury, he could see that the two houses that were completely lifted off their slabs had not been properly bolted down in the first place, he said. The weather service found the two homes sustained EF-4 damage. Other houses suffered EF-3 damage.

Brooks said there was nothing too unusual about the Granbury storms. Like storm enthusiasts everywhere, he is keenly watching the clouds gathering in tornado alley this season. In the coming week, the storm clouds look particularly threatening.

“Things happen in the tornado world that don’t happen normally,” he says.