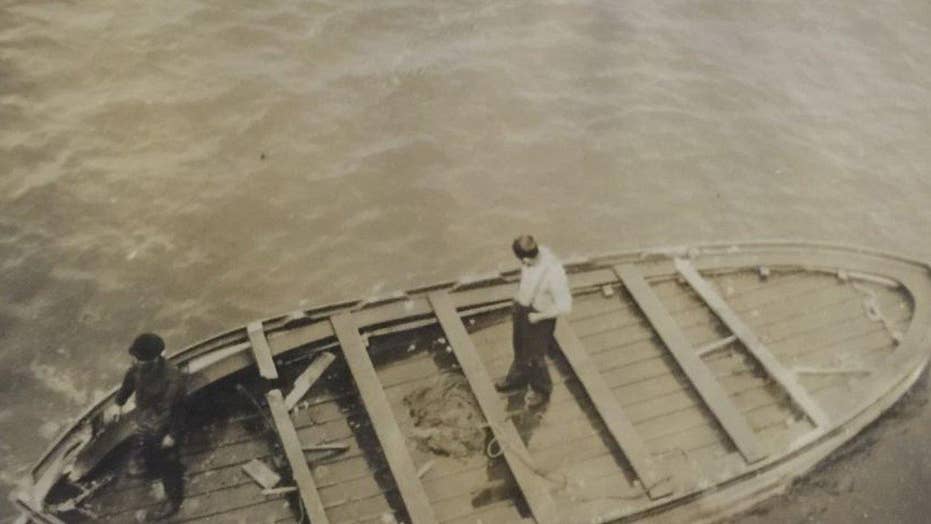 "Titanic" director James Cameron and the man who discovered the shipwreck, Robert Ballard, are backing a bid by a group of British museums to acquire a collection of 5,500 artifacts from the ill-fated ocean liner.

Cameron said there are grave concerns that the collection will be broken up and sold privately because that company has filed for bankruptcy.

"That's why people who feel some protective role have stepped up and kind of linked arms," Cameron said. "It's an incredible piece of history, an object lesson about human hubris. If it gets sold into private hands, it disappears from the public eye. It would be broken up and could never be reassembled."

The objects include a section of the ship's hull and a bronze cherub decoration from the ship's grand staircase. They were recovered from the wreck site in seven deep sea expeditions conducted between 1987 and 2004.

Ballard, who discovered the wreck in 1985, said the campaign is the "only viable option to retain the integrity" of the artifacts. He said the collection "deserved to be returned home to where its journey began."

Items recovered from the Titanic, which sank on April 15, 1912 taking more than 1,500 lives, continue to be popular at auction.

In April, a rare photograph of a burial ceremony for a victim of the Titanic disaster went up for auction.

Separately, a letter written by Second Class passenger and survivor Kate Buss detailing how life was like aboard the ship during its final days went up for auction.

Additionally, a copy of a lunch menu from the first meal served onboard the ship went up for auction, also in April.