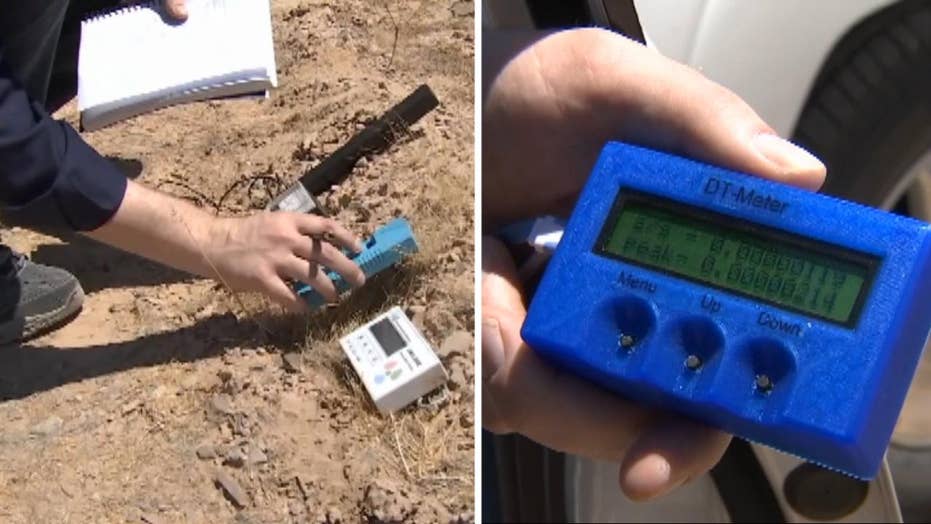 Man measuring the rate of time with brand new technology called a differential time rate meter around southern Nevada claims to have found area where time slowed down.

A self-proclaimed paranormal researcher claims to have discovered a time warp on the outskirts of Las Vegas, which he says slows time down, Fox 5 Las Vegas reports.

The bizarre claim gives a whole new meaning to the notion of a "Lost weekend in Las Vegas."

The researcher, Joshua Warren, told the outlet that he had tested several areas between Las Vegas and Area 51, but only found a reading in an area north of Sin City, between I-15 and Route 93.

“The weird thing, the real holy grail here, was what we picked up with this brand-new piece of technology,” Warren said.

Warren was referring to a DT Meter (Differential Time Rate Meter), a device that has a 100-foot cable with a sensor on one end. According to MysteriousUniverse.org, the device sends a signal down the length of the cable and measures the time it takes to reach the other end.

“That signal is always supposed to travel at the same rate of time at any particular place. The only way that could change is if a black hole approached Earth or something like that, which is never supposed to happen,” Warren said. “At this spot, on June 18 of 2018, I actually measured for the first and only time, time itself slowing down for 20 microseconds.”

He added that should not happen, at least according to the laws of physics.

“That shouldn’t happen unless there is some kind of unknown technology being tested nearby that would influence the environment, or if there are naturally places around planet Earth that actually sort of flicker once in a while, that warp a little bit,” Warren said.

An engineer by the name of Ron Heath created the DT Meter, according to Warren.

Warren said that it was "interesting" that the "time anomaly" was recorded in this area, as it's a "popular UFO hotspot." He added his research is far from over.

“The big question at this point is not whether or not we have these anomalies, but what's causing them? Is this something natural that gives us a window a gateway into another world or another level of reality? Or is this the byproduct of some kind of weird technology, be it something secret and man-made or something that's extraterrestrial?” Warren said.