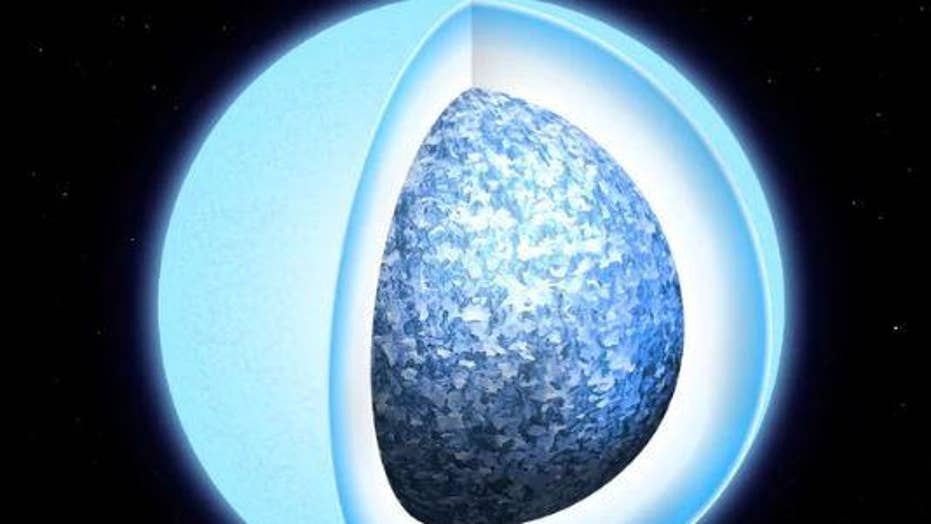 New Study: The Sun will become a giant crystal ball when it dies

A new study from the University of Warwick reveals that the Sun will become a giant crystal ball when it dies.

A crystal ball even Studio 54 would be jealous of.

The Sun produces 3.86 x 10^26 watts of energy, or 2.86 with 24 zeros at the end, an impossibly large number. But when the Sun dies, it will turn into an enormous crystal ball, according to a new study.

When stars die, they eventually become white dwarfs and new evidence has found that white dwarfs eventually crystallize over time, though larger stars turn to crystals sooner than smaller ones.

"This is the first direct evidence that white dwarfs crystallize, or transition from liquid to solid," Dr. Pier-Emmanuel Tremblay from the University of Warwick's Department of Physics said in a statement. "It was predicted fifty years ago that we should observe a pile-up in the number of white dwarfs at certain luminosities and colours due to crystallisation and only now this has been observed."

Dr. Tremblay added that all white dwarfs will eventually crystallize, meaning that "billions of white dwarfs in our galaxy have already completed the process and are essentially crystal spheres in the sky. The Sun itself will become a crystal white dwarf in about 10 billion years."

The study has been published in the scientific journal Nature.

Data was compiled by the European Space Agency's Gaia and analyzed over a span of five years, looking at approximately 15,000 white dwarfs within close proximity to the Sun, approximately 330 light-years away. The data found a "pile-up," or a rather larger number of white dwarfs with "specific colors and luminosities that do not correspond to any single mass or age."

Further analysis and modeling suggested that the odd "pile-up" is due to the crystallization process.

"When compared to evolutionary models of stars, the pile-up strongly coincides to the phase in their development in which latent heat is predicted to be released in large amounts, resulting in a slowing down of their cooling process," the statement adds. "It is estimated that in some cases these stars have slowed down their aging by as much as 2 billion years, or 15 percent of the age of our galaxy."