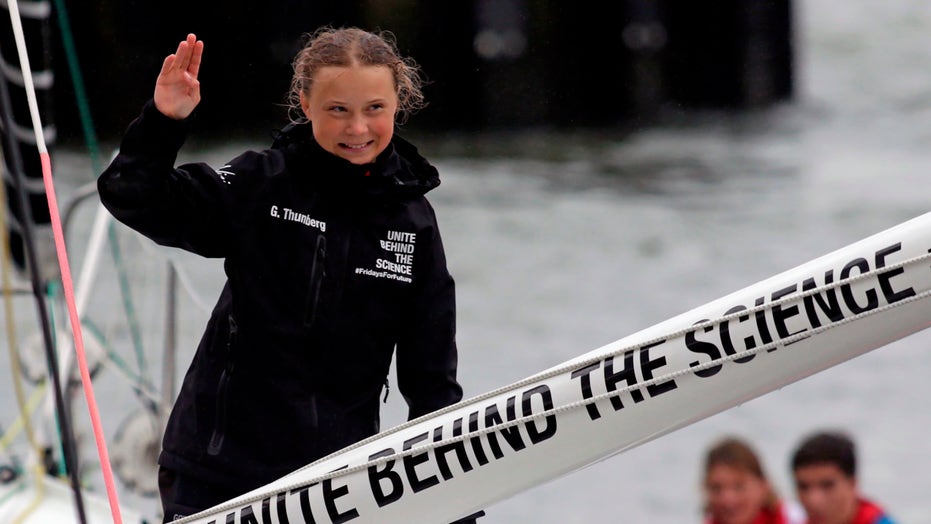 Teenage climate activist Greta Thunberg arrived in New York City on Wenesday after a 15-day trip by yacht from England.

"The trip was surprisingly good; I did not feel seasick once," Thunberg said at a press conference as she disembarked.

The 16-year-old Swedish girl has sparked a movement of student strikes worldwide, attended by young people calling for action to combat climate change.

Thunberg began her own activism by skipping school to protest climate-change inaction outside Swedish Parliament in August 2018.

Her journey across the Atlantic reportedly took place on a yacht equipped with solar panels and hydrogenerators.

Thunberg told the crowd gathered in New York that she was depressed at the age of 11, pondering a future where her generation would live with a climate altered by preceding generations.

“I got out of that depression by promising that I’m going to do everything I can to change things. I started going to marches and demonstrations,” Thunberg said.

The young advocate will attend the United Nations climate summit in September.