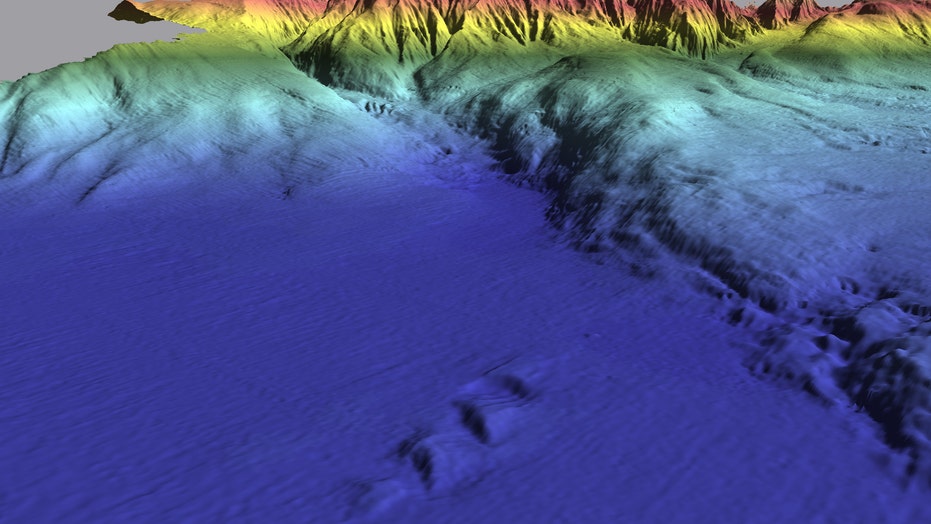 A tectonic plate that appears to be “peeling apart” on the seabed off the coast of Portugal may one day “shrink” the Atlantic Ocean, scientists say.

Joao Duarte, a scientist at the Instituto Dom Luiz at the University of Lisbon, told Fox News that the plate is peeling apart in an area about 155 miles south of Portugal's Cape St. Vincent. Duarte said this “peeling” process was unknown in oceanic plates, adding it had only been identified beneath continents.

The area where the activity is taking place is a relatively flat part of the seafloor called Horseshoe Abyssal Plain, according to the marine geologist. “A bit more technically, it is located near the Azores-Gibraltar Plate Boundary, which marks the boundary between two major tectonic plates: Africa and Eurasian,” he explained.

MYSTERY SEA OPENED UP DURING THE ANTARCTIC WINTER. NOW, SCIENTISTS KNOW WHY.

Duarte is the lead author of a research study that was recently presented at the European Geosciences Union meeting in Vienna, Austria.

In their research, the scientists point to an earthquake that occurred off the coast of Portugal in 1755, which destroyed the city of Lisbon, and a 7.9-magnitude quake that struck the Portuguese capital in 1969. Duarte describes the newly-found “structure” in the tectonic plate as “a very good candidate” for the source of these events.

“The 20 upper kilometers [12.4 miles] of the plate is made of soft rocks that are light and the bottom is dense and heavy (because the plate is very old, more than 100 million years),” Duarte told Fox News. “This causes this lower part to detach from the upper part and sink in the mantle by the pull of gravity," he added, noting that the process is aided by the infiltration of water that softens the upper part of the plate.

Researchers have identified an area in the Atlantic Ocean where a tectonic plate appears to be "peeling apart." (Joao C. Duarte)

Duarte continued: "This situation here may correspond to a rare example in which one subduction zone is just starting. And for that one of the plates has to slowly start peeling down, which is what we see (both in our observations/imaging and with some computational models with which we managed to reproduce the process).”

As for a “shrinking” Atlantic Ocean, Duarte noted that oceans are “born,” and then spread, before eventually closing to form a new supercontinent, in what is known as the supercontinental cycle. The Atlantic, for example, was formed from the breakup of the supercontinent Pangea, then “spread” to assume its current form.

“But for that to happen, new subduction zones have to form in the margins of the Atlantic,” he said. “What we may be witnessing here is precisely the birth of a new subduction zone that may spread over the entire Atlantic which will eventually lead to its closing.”