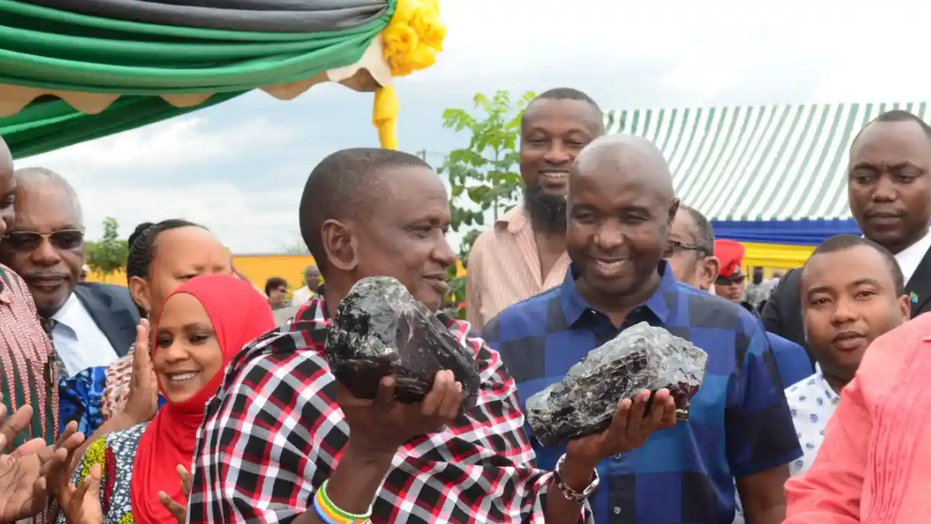 A small-scale miner from Tanzania become an overnight millionaire on Wednesday after he sold two rough tanzanite gemstones said to be the largest ever found in the country.

Saniniu Laizer, 52, announced he would slaughter one of his 2,000 cows and build a school to celebrate. The two dark violet-blue gemstones weighed a total of 33 pounds. He sold them for 7.74 billion Tanzanian shillings ($3.4 million U.S. dollars).

“There will be a big party tomorrow,” Laizer, from the Manyara region, told the BBC. “I want to build a shopping mall and a school. I want to build this school near my home. There are many poor people around here who can’t afford to take their children to school.”

Saniniu Laizer, 52 sold two rough Tanzanite stones, said to be the largest ever found in the country. (TANZANIA MINISTRY OF MINERALS)

"I am not educated but I like things run in a professional way," he added. "So I would like my children to run the business professionally."

The BBC reported that he has more than 30 children.

Laizer mined the two stones weighing 20.3 and 12.7 pounds last week before he sold them Wednesday during a trading event. The previous record for a tanzanite gemstone was roughly 7.3 pounds, according to the news organization.

Tanzanite is said to be a gemstone found only in the northern region of the country. It's reportedly used to make ornaments -- with its rarity defined by how clear or well defined the color is, the BBC reported.

“Today’s event ... is to recognize the two largest tanzanite gemstones in history since the beginning of mining activities in Mirerani,” Simon Msanjila, mines ministry permanent secretary, said at a ceremony in Tanzania’s northern Manyara region, according to the Guardian.

CORONAVIRUS PANDEMIC IN AFRICA IS 'ACCELERATING,' WHO WARNS AS CASES SURGE

Tanzania President John Magufuli even called in to congratulate Laizer on live television.

“This is a confirmation that Tanzania is rich,” Magufuli said.

Magufuli had ordered the military to build a wall surrounding a Manyara mining site in 2017 -- believed to be the world's only source of tanzanite -- with its supply estimated to be depleted within 20 years, a geologist told the BBC.

Last year, Tanzania set up trading centers to allow artisanal miners, like Laizer, to sell their gems and gold to the government. Many reportedly mine by hand without any affiliation to mining companies.