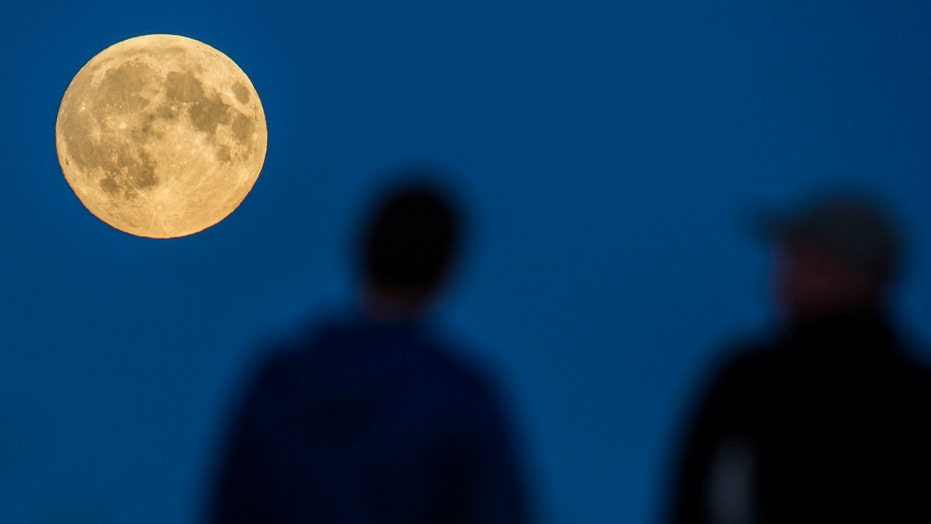 Janice Dean with the best places to moongaze

Stargazers are in for a treat Sunday when a supermoon combines with a lunar eclipse for the first time since 1982.

The supermoon eclipse will last 1 hour and 11 minutes, and will be visible to North and South America, Europe, Africa, and parts of West Asia and the eastern Pacific, according to NASA. Weather permitting, the supermoon will be visible after nightfall, and the eclipse will cast it into shadow beginning at 8:11 p.m. ET. The total eclipse starts at 10:11 p.m. ET, peaking at 10:47 p.m. ET.

File photo - A group of hikers are seen silhouetted against the moon in Tijuana, Mexico, Aug. 27, 2015. (REUTERS/Jorge Duenes)

A supermoon occurs when a new or full moon is at its closest to the Earth. "Because the orbit of the moon is not a perfect circle, the moon is sometimes closer to the Earth than at other times during its orbit," said Noah Petro, deputy project scientist for the Lunar Reconnaissance Orbiter at NASA’s Goddard Space Flight Center in Greenbelt, Maryland, in a statement. "When the moon is farthest away it’s known as apogee, and when it’s closest it’s known as perigee. On Sept. 27, we’re going to have a perigee full moon—the closest full moon of the year."

The space agency explains that, at perigee, the moon is about 31,000 miles closer to Earth than at apogee. This proximity makes the moon appear 14 percent larger and 30 percent brighter in the sky than an apogee full moon, hence the term "supermoon."

Sunday's eclipse, however, poses a challenge for the space agency's solar-powered Lunar Reconnaissance Orbiter (LRO), which has been orbiting the moon for over 6 years. "LRO is not designed to operate during eclipses," Petro told FoxNews.com, noting that NASA has a plan in place for Sunday's eclipse. "We heat the spacecraft up because it gets very cold during the eclipse, we also turn off all the instruments except for one," he explained.

The sole LRO instrument that will remain operational is the spacecraft's Diviner, a radiometer that measures reflected energy off the surface of the moon.

"This is a long eclipse - we have been through one that was a bit longer than that, so we have that experience," said Petro.

With LRO in orbit behind the moon on Sunday, the spacecraft will be out of sunlight for a little over three hours. "That's essentially as long as we have been through before," said Petro. "Our primary objective is to keep the spacecraft safe - we're extremely confident."

Lunar eclipses have long been a source of fascination.

“Throughout human history, lunar eclipses have been viewed with awe and sometimes fear,” explained NASA, in a statement. “Today, we know that a total lunar eclipse happens when the full moon passes through the darkest part of Earth's shadow, the umbra.”