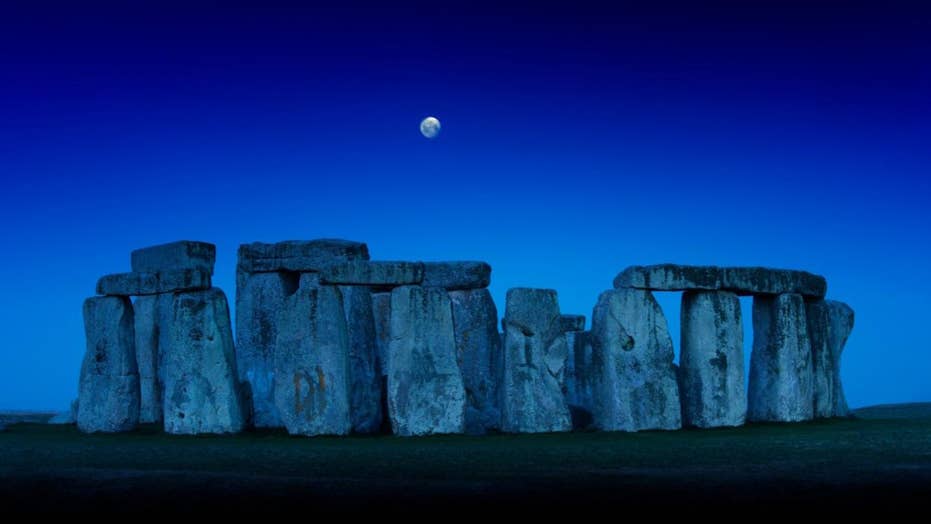 A scientist rebukes an age-old theory as to how Stonehenge's bluestones were transported over 140 miles with his new theory that could change the Stonehenge origin story.

The ingenuity of our Stone Age ancestors never ceases to amaze.

But some apparent achievements are still such a wonder that they are a cause for doubt.

Such as moving Stonehenge’s monumental bluestones from the site of their geological formation — Pembrokeshire in Wales — to the Salisbury Plain.

It’s a journey of 140 miles. Sea, hills and forests stood in their path.

We know it’s doable. Egyptian engravings, papyri and surviving quarries detail how such stones were cut and transported enormous distances.

VIRTUAL TOUR: HAVE A GOOD LOOK AT STONEHENGE HERE

There’s little reason to believe something similar could not also be done in Stone Age Britain.

And archaeologists have proven through tests that there are plenty of possible techniques open to peoples of the neolithic to do just that.

But Welsh earth scientist Dr. Brian John has published a book, "The Stonehenge Bluestones," further exploring the argument that the Stonehenge architects didn’t need to rise to such a challenge.

In fact, he goes so far as to call the concept "mythology."

“Over the past 50 years there has been a drift, in Stonehenge studies, from science toward mythology. This has been driven partly by constant media demands for new and spectacular stories about the monument,” he told local media this week.

RELATED: WHAT IF THERE WAS CIVILIZATION BEFORE HUMANS?

Dr. John is a long-term skeptic of the human-transport idea. In 2015, he co-authored a report arguing that what was believed to be evidence of neolithic quarrying of bluestones in Wales was actually an "entirely natural" process.

“This has been driven partly by constant media demands for new and spectacular stories about the monument, and partly by the archaeological emphasis on impact,” he says.

“So we see an obsession with narrative at the expense of evidence, and a host of newly manufactured myths which are even more wacky than the old ones. It’s time for a cool reassessment.”

Why would anyone do such a thing, he asks.

RELATED: MEGAN FOX WANTS TO REWRITE HISTORY. WHERE’S THE HARM IN THAT?

What made the bluestones so special? What could they possibly represent to require such a huge investment of human resources among a community?

They were simply already there.

Dr. John argues a glacier carved its way across Wales some 500,000 years ago. The relentlessly crawling river of ice picked up loose bluestones along the way, eventually depositing them on the Salisbury Plain once the planet warmed again and the ice melted away.

He says there is no convincing evidence dating quarrying operations in the bluestone outcrops of Pembrokeshire to the neolithic. And what is presented as evidence could just as easily be the result of natural processes, he insists.

So when the neolithic farming societies resolved to build enormous sundials to mark the passage of the year — and the signal the different stages of tilling the soil — all they had to do was use what was available.

And the ice-transported bluestone boulders would have been prominently scattered about the Salisbury Plain landscape.

A stone henge, while harder to build, would ultimately require less maintenance than a timber one. But they still had a sense of aesthetics, Dr. John says.

Sarsen, a type of stone that can be found near Stonehenge, was used to create the monument’s famous ring of standing stones.

The smaller bluestones were used to outline what became the inner sanctum.

“The story of bluestones transported by the vast Irish Sea Glacier is every bit as wonderful as the archetypal myth of Neolithic Argonauts struggling to move heavy stones with the aid of crude tools, heavy sledges and flimsy rafts,” Dr. John said.