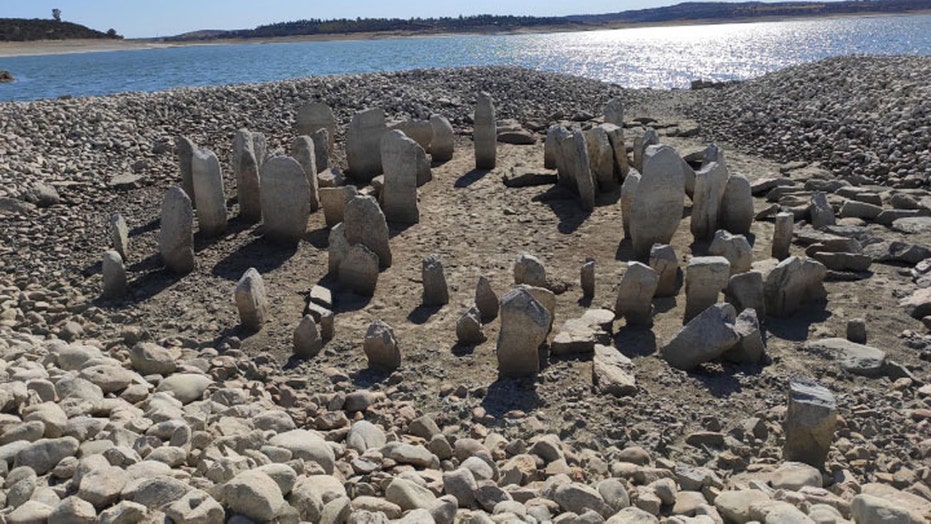 It may not be as well known as Stonehenge itself, but the "Spanish Stonehenge" is now visible for the first time in 50 years, after having spent the last half-century underwater.

Known as Dolmen de Guadalperal, the 7,000-year-old megalithic structure was spotted by NASA satellite images in July. Also known as the treasure of Guadalperal, the structure dates between 2,000 and 3,000 B.C. and is located in Peraleda de la Mata, a municipality of slightly more than 1,400 people and 105 miles away from Madrid.

The structure, of which there are approximately 150 stones, is back on dry land due to record heat and drought in Europe.

"Archeologists believe it was originally constructed as an enclosed space — a large stone house with a cap," NASA Observatory wrote on its website. "The dolmen could have served as a tomb, a site for religious rituals, or a trading hub since it was relatively easy to cross the river at this location."

NASA continued: "The most recent recorded exploration and excavation of the site was by German archaeologist Hugo Obermaier in the 1920s. By the time Obermaier’s findings were published in the 1960s though, Valdecañas Reservoir was filled, submerging history with water."

The world-famous Stonehenge circle was built around 2,500 B.C. during the late Neolithic period.

Although the Dolmen de Guadalperal, which was found in 1926, remains shrouded in mystery, one stone is believed to be the entrance. This stone dictates a squiggly line, assumed to be either a snake or the Tagus River.

If it is indeed the Tagus River, it could represent "one of the oldest maps on Earth," NASA added on its website.

LiveScience reports that it is likely that Dolmen de Guadalperal will be submerged again, once the wetter weather of the autumn and winter arrives. There have been groups who have advocated moving the monolithic structure to higher ground so it can be studied by researchers, but some warn that moving it could cause it to decay faster, the news outlet added.