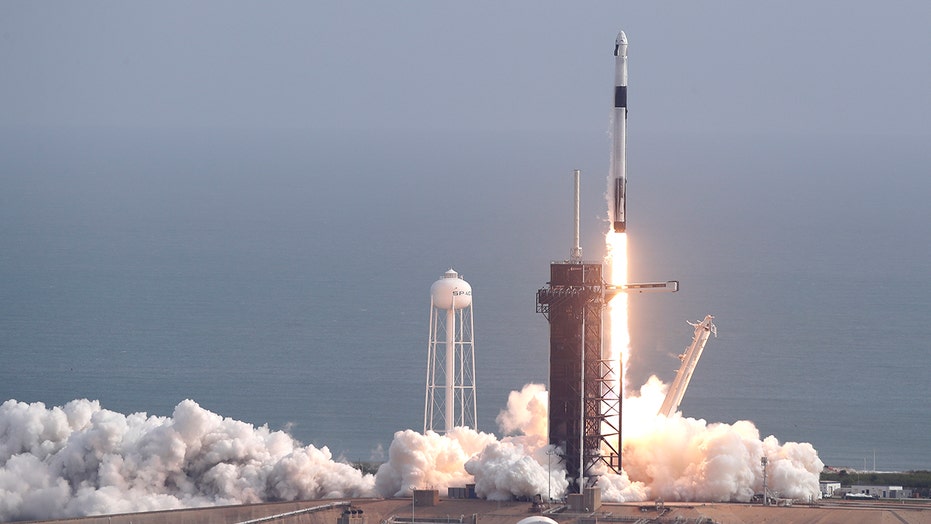 Elon Musk’s SpaceX will soon launch U.S. astronauts to the International Space Station for the first time since 2011.

NASA’s SpaceX Demo-2 flight test will send two astronauts to the International Space Station in May, the first time American astronauts aboard an American rocket and spacecraft have visited the station since the final space shuttle mission on July 8, 2011.

A Falcon 9 SpaceX rocket lifts off from pad 39A during a test flight to demonstrate the capsule's emergency escape system at the Kennedy Space Center in Cape Canaveral, Fla., Sunday, Jan. 19, 2020. (AP Photo/John Raoux)

NASA astronauts Bob Behnken and Doug Hurley will make the journey aboard Crew Dragon launched from SpaceX’s Falcon 9 rocket from the Kennedy Space Center in Florida. “NASA and SpaceX are currently targeting no earlier than mid-to-late May for launch,” a statement released by NASA read.

KIDS AT HOME DURING CORONAVIRUS? NASA, OTHERS HERE TO HELP

In March, Musk’s Crew Dragon capsule made a round trip to the ISS, which lies in orbit more than 250 miles above Earth, with a mannequin on board. It returned to the Atlantic after six days in space, according to AFP.

The U.S. shut down space shuttle missions after 30 years in service in 2011, and since that time only the Russians have been going back and forth to the ISS.

SpaceX has made the trip 15 times since 2012 but only to refuel the station. However SpaceX is not the only private company servicing NASA: Boeing has also won a contract and is developing its own Starliner capsule.