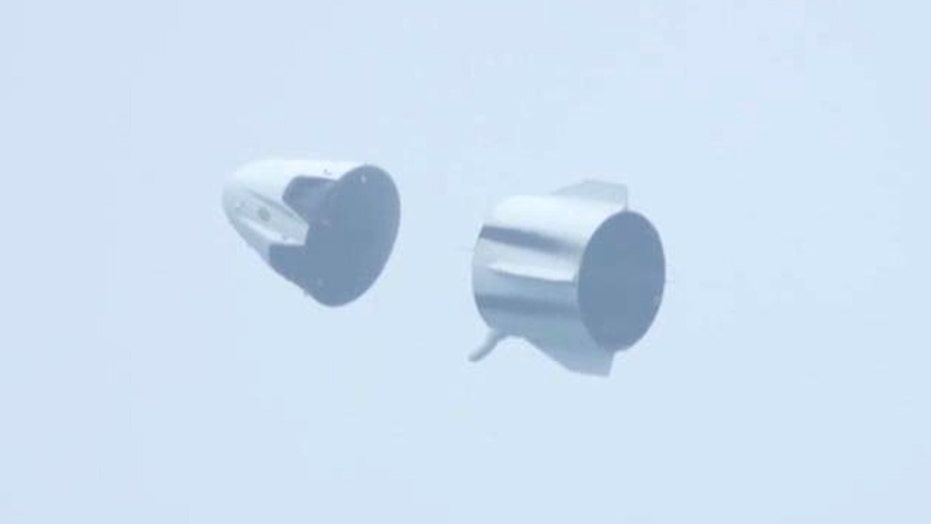 Aerospace company's test is a success

The test flight, with a dummy in the Dragon crew capsule, lasted barely over a minute.

The Dragon capsule was fired from a test stand, not a rocket, and shot up and out over the Atlantic. Eight rocket engines on the capsule provided the thrust then shut off about 5.5 seconds after launch. Three red and white parachutes popped out and lowered the capsule into the ocean, just offshore.

The capsule will be transported to the SpaceX Rocket Development Facility in McGregor, Texas, where it will be evaluated and cleaned for another test later this year.

SpaceX also highlighted the importance of the test flight. "This morning, a Crew Dragon test article completed a Pad Abort Test, the 1st critical test in prep for human missions," it tweeted.

The California-based company led by billionaire Elon Musk aims to launch U.S. astronauts to the International Space Station as early as 2017. Boeing is designing its own crew capsule. NASA wants to make sure the commercial crew flights will be safe, and is insisting on reliable escape systems.