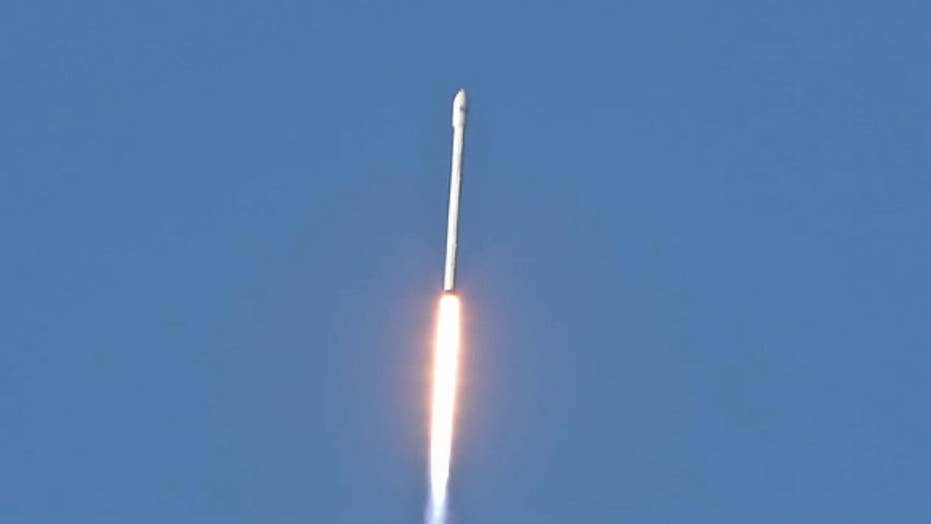 CAPE CANAVERAL, Fla. – SpaceX has launched a communication satellite on the third try.

The unmanned Falcon rocket blasted off Wednesday evening from Florida's Kennedy Space Center. It successfully hoisted an Intelsat satellite that was going so high that there wasn't enough leftover fuel to attempt a booster landing. So the first stage fell into the Atlantic, as is still the custom for other rocket companies.

Launch attempts on Saturday and Sunday were foiled by last-second technical issues.

SpaceX is on a rocket roll. This is the private company's third launch in barely two weeks. A recycled Falcon carried up a satellite from the NASA-leased pad at Kennedy on June 23, followed by the launch of a new rocket two days later from Southern California. Wednesday's rocket also was new.

Vice President Mike Pence will view the empty pad — Launch Complex 39A, where NASA's moon rockets and shuttles once soared — during a space center tour Thursday.