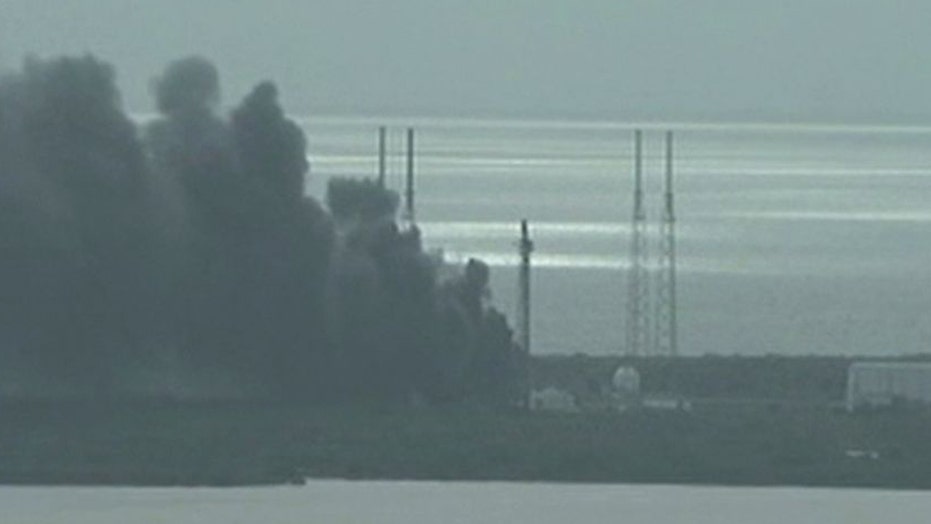 SpaceX says no injuries in explosion

SpaceX requested access to a nearby building leased by its rival United Launch Alliance (ULA) as part of its probe into last month’s launch pad rocket explosion, the Washington Post reports.

The unmanned SpaceX Falcon 9 rocket exploded on the launch pad at Cape Canaveral, Fla. during a test on Sept. 1, destroying the rocket and an Israeli satellite called Amos-6. The explosion occurred two days before the rocket’s scheduled liftoff.

About two weeks later a SpaceX employee asked for access to the roof of a building leased by ULA, according to the Washington Post, which cited three unnamed industry officials with knowledge of the episode. The Post reports that SpaceX had still video images that appeared to show an odd shadow, then a white spot on the roof.

The building has a clear line of sight to the launch pad, which is just over a mile away.

In what is described as a cordial encounter, the SpaceX representative told ULA officials at the site that the company was “trying to run down all possible leads,” the Post reported, citing the sources, who spoke on the condition of anonymity because of the ongoing investigation.

The request for roof access was reportedly denied by a ULA representative. Instead, the ULA employee called Air Force investigators, who inspected the roof and didn’t find anything connecting it to the rocket explosion, the sources told the Post.

The attempt to gain access to the roof is a strange twist in the investigation into the blast.

SpaceX told FoxNews.com that it is gathering all available data as part of its probe into the rocket explosion.

"The Accident Investigation Team has an obligation to consider all possible causes of the anomaly, and we aren’t commenting on any specific potential cause until the investigation is complete,” it said, in a statement emailed to FoxNews.com. “A preliminary review of the data and debris suggests a breach in the second stage’s helium system, but the cause of the breach is still unknown. We have sought all available data to support the investigation in a timely manner following the anomaly, as expected for any responsible investigation.”

On Sept. 9, SpaceX CEO Elon Musk described the Falcon fireball investigation as “the most difficult and complex failure we have ever had in 14 years.”

Last week, after a speech at the International Astronautical Congress in Mexico the SpaceX CEO set the explosion against the backdrop of the company’s long-term space strategy, which includes an ambitious plan to colonize Mars.

"This is just a small thing on a long road," he told reporters. "There will probably be other failures in the future."