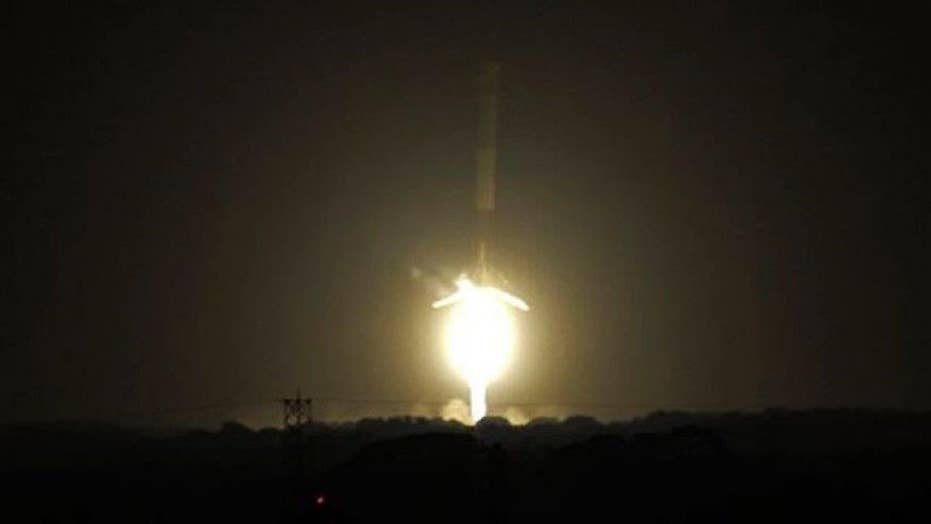 Space X Mission one step closer to reusing its rockets

“This is a critical step towards establishing a city on Mars,” he said, during a conference call with reporters after Monday’s launch. “Without [reusable rockets], it would be unaffordable – it dramatically improves my confidence that a city on Mars is possible, it’s what all this is about.”

After successfully sending its Falcon 9 rocket into orbit from Cape Canaveral, Florida on the satellite launch mission, the company landed a 15-story booster rocket back on Earth.

Musk noted that each Falcon 9 rocket costs $60 million, while the propellant for each launch costs around $200,000. “The potential cost reduction over the long term is probably in excess of a factor of 100.”

Chris Carberry, executive director of Explore Mars, a non-profit organization that aims to advance the goal of sending humans to Mars within the next two decades, applauded SpaceX’s achievement. “The landing of their first stage is quite significant,” he wrote, in an email to FoxNews.com. “It has been one of the key capabilities they have been developing to enable reusability - and to keep launch costs down.  However, this capability also could help advance the goal of landing humans on Mars, by making such missions significantly less expensive.”

NASA has a 2035 target for landing humans on Mars, although Musk has previously predicted that people could be on Mars within 9 to 11 years.

Related: How NASA crews could sleep for 6 months on the journey to Mars

Musk described Monday’s landing as “a revolutionary moment” during the teleconference, noting that “no one has ever brought an orbital class booster back intact.”

SpaceX is not the only company looking to revolutionize spaceflight. Last month rival Blue Origin successfully landed a reusable rocket in a historic test flight. However, the SpaceX and Blue Origin rocket designs differ greatly, reflecting their respective orbital and sub-orbital mission goals, according to The Verge.

The next big challenge for the two firms is to keep repeating these feats, according to Carberry.

“Both SpaceX and Blue Origin will need to show that these vehicles are truly reusable - by relaunching previously launched stages,” he explained. “While their primary markets are different  (SpaceX is developing an orbital market and Blue Origin's market is suborbital - for the moment),  I think the personal and corporate competition that has arisen could help to stimulate more innovation and generate more public interest.”

During the teleconference, Musk explained that, once tests have been completed, the rocket booster from Monday’s landing is unlikely to take part in future launches. “I think that we will probably keep this one on the ground, just because it’s kind of unique, it’s the first one that we have brought back,” he said, adding that SpaceX will nonetheless confirm that it can fly again.

The company, he explained, aims to re-fly one of its rocket boosters at some point during 2016, when it expects to make about a dozen spaceflights.

In a blog post prior to Monday’s launch, Musk explained that the latest Falcon 9 rocket had a number of enhancements from the prior version, such as increased boost thrust. “It also has a number of reliability enhancements, such as a redundant stage separation system and greater structural safety margins,” he added.

Monday’s mission to launch 11 small satellites was SpaceX’s first since an accident last summer. Previous landing attempts ended in fiery blasts, but those aimed for an ocean platform, whereas the latest landing used a former Atlas missile-launching site about 6 miles from the Falcon 9 launch pad.