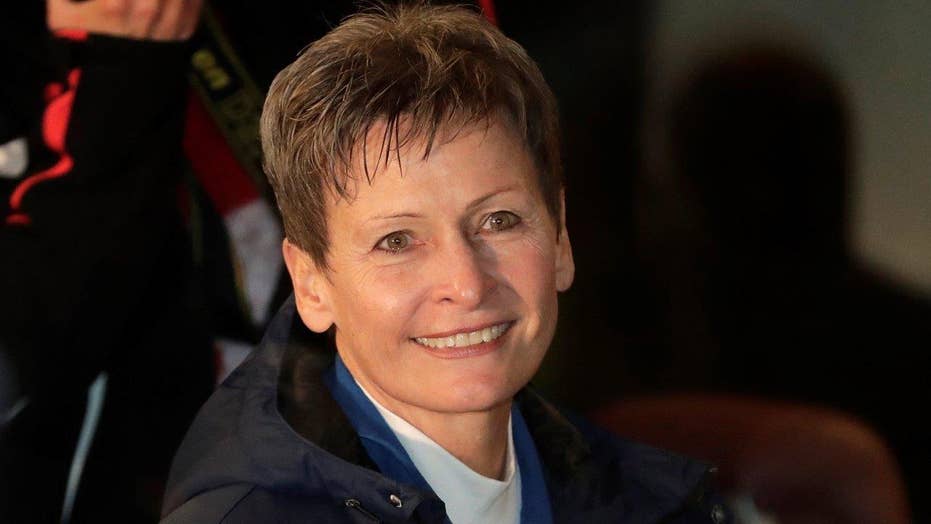 Peggy Whitson blasts off for ISS aboard a Soyuz rocket

The International Space Station gained three new residents Saturday, including the oldest and most experienced woman to orbit the world.

A bit of Mars also arrived, courtesy of a Frenchman who brought along a small piece of a Mars meteorite.

AMERICAN ASTRONAUT, 2 OTHERS BACK ON EARTH AFTER 115 DAYS IN SPACE

This is the third space station mission for Whitson, who at 56 is older than each of her crewmates.

She already holds the record for most time in space for a woman: nearly 400 days during her various missions. By the time she returns next spring, she should break the record for any American, man or woman.

"We could not be more proud," NASA Administrator Charles Bolden told Whitson once she entered the space station. He joined the new crew's family and friends at Russia's Mission Control outside Moscow to welcome the newcomers on board.

A biochemist by training, Whitson will celebrate her 57th birthday at the orbiting lab in February. Until Thursday, no woman older than 55 had flown in space.

Pesquet, meanwhile, is making his first spaceflight and Novitskiy his second.

Before rocketing away, Pesquet told reporters he was taking up a piece of a Mars meteorite to illustrate the necessary union between human and robotic explorers. He intends to bring the stone back with him to Earth in six months. It then will launch aboard a Mars rover and return to its home planet.

"So it's going to be the most experienced space traveler there is in the world," Pesquet said Wednesday at the Baikonur Cosmodrome.

"The idea is to show that space exploration is just the whole ... we're not competing against robotic exploration, we're all working together. What we do on the (space station) is just one step on that road to exploration."

Sunday marks the 18th anniversary of the launch of the first space station piece. It's now as big as a football field, with a mass of 1 million pounds and eight miles of electrical wiring. Whitson and company represent its 50th full-time expedition.

"So we can celebrate the station's birthday today," said Sergei Krikalev, a cosmonaut-turned-space official who spoke from the Russian control center. "Good luck."