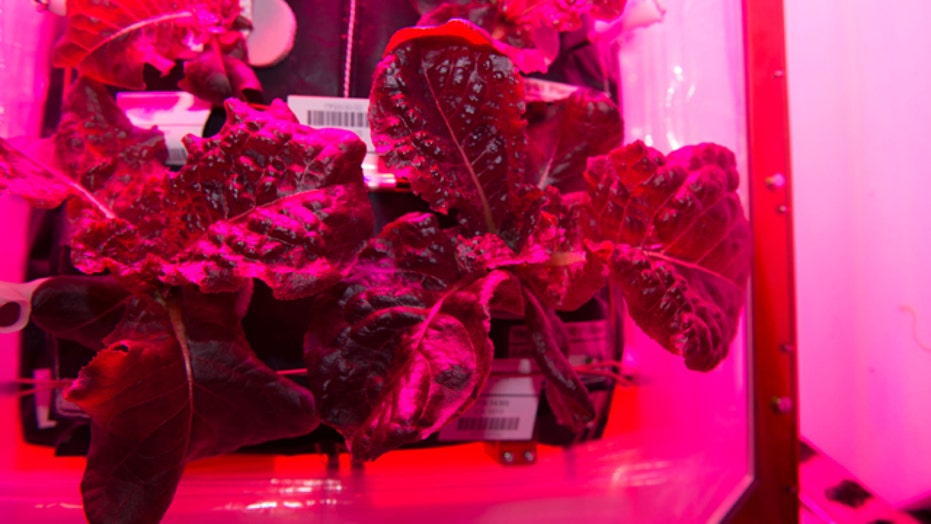 Space veggies: Food of the future?

Astronauts on the International Space Station made history Monday when they munched space-grown vegetables for the first time.

Crew members, including American one-year astronaut Scott Kelly, sampled the delights of Red Romaine lettuce grown in the microgravity environment of space. The lettuce was grown on the ‘Veggie’ plant system in NASA’s orbiting lab on the space station.

“Chomp! Our first veggies were harvested & consumed by astronauts in space!,” added NASA, tweeting an image of Kelly enjoying his historic meal.

The leafy greens were cleaned with citric acid-based, food safe sanitizing wipes, according to NASA.

NASA sees the development of sustainable food in space as a critical part of its Journey to Mars project, which aims to send humans to the Red Planet in the 2030s. However, the long journey to Mars, estimated to take six months, poses a unique set of challenges to scientists.

“As NASA moves toward long-duration exploration missions farther into the solar system, Veggie will be a resource for crew food growth and consumption,” explained NASA, in a statement. “It also could be used by astronauts for recreational gardening activities during deep space missions.”

The first “pillows” were activated, watered and cared for by astronaut Steve Swanson in May 2014, according to NASA. After 33 days of growth, the plants were harvested and returned to Earth in October 2014, undergoing food safety analysis at the agency’s Kennedy Space Center.

The second set of Veg-01 plant “pillows” were activated by Scott Kelly on July 8 and grew again for 33 days before being harvested. The seeds had been on the space state for 15 months before being activated, NASA said.