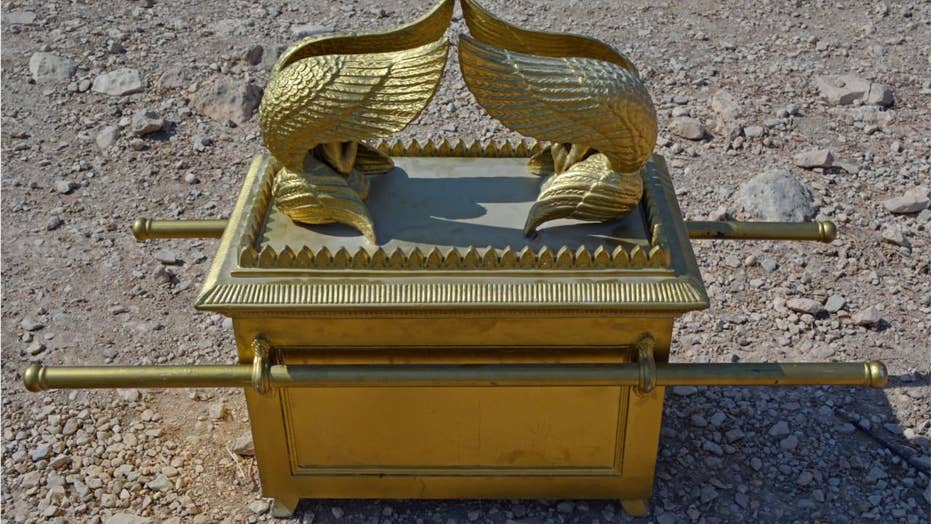 Ark of the Covenant is only a replica at Ethiopian church

Numerous media reports recently suggested that the Ark of the Covenant was being guarded at a church in Ethiopia; a late British professor claimed it was only a replica in a past interview

Over the past few days, several media outlets have reported on a centuries-old claim that the Ark of the Covenant — which allegedly held tablets recording the Ten Commandments — is inside a church in Aksum, Ethiopia, called the Church of Our Lady Mary of Zion, and that only the "guardian" of the ark is allowed to see it.

National Geographic even published a story saying that that those who guard the ark in Ethiopia "have been trained to kill with their bare hands" and that "historians and archaeologists would dearly love to examine the treasure, but the chapel [where the ark is kept] is off-limits to all but a few members of the Ethiopian Christian church hierarchy, hindering any independent confirmation of their authenticity."

However, Live Science has learned that accounts told by Edward Ullendorff, who saw the supposed ark during World War II, reveal that what is inside the church is a replica of the ark. Ullendorff, who was a professor at the University of London's School of Oriental and African Studies (SOAS), died in 2011. [30 of the World's Most Valuable Treasures That Are Still Missing]

When he was alive, Ullendorff told Tudor Parfitt, who was also a professor at SOAS, about the alleged "ark" inside the church. He also gave an interview about what he saw to the Los Angeles Times in 1992. A Live Science talked to Parfitt and found a copy of the 1992 Los Angeles Times article — the two accounts revealing what is really inside.

Nobody knows where the actual Ark of the Covenant is hiding, or whether it really exists. According to the Hebrew Bible, when this holy chest was first built, it held tablets engraved with the Ten Commandments, and was housed in Solomon's Temple, also called the First Temple. However, the biblical story suggests that during the sixth century B.C., an army led by Babylonian King Nebuchadnezzar II conquered Jerusalem and destroyed the temple. The whereabouts of the sacred chest have since been a source of speculation. [Religious Mysteries: 8 Alleged Relics of Jesus]

There is a long-standing religious legend in Ethiopia that describes how the Ark of the Covenant was brought to Ethiopia 3,000 years by a man named Menelik, who, according to legend, was the son of the Queen of Sheba and Israel's King Solomon. The legend states that the Queen of Sheba was from Ethiopia and that she traveled to Jerusalem where she was seduced by King Solomon, giving birth to Menelik when she returned to Ethiopia. Menelik later traveled to Jerusalem and studied with his father before stealing the ark and bringing it to Ethiopia, where, legend has it, the ark still resides in the Church of Our Lady Mary of Zion, where only the guardian of the ark can view it.

Historical records indicate that this story started during the late Middle Ages (around A.D. 1400), said Parfitt, now a professor of religion at Florida International University.

The man who saw "the ark"

Ethiopia was invaded by the Italian troops during a military campaign that lasted from 1935 to 1936. After Italy declared war on the United Kingdom in 1940, British forces invaded and took Ethiopia in 1941. At the time, Ullendorff was a British army officer who was also a young scholar with extensive knowledge of Ethiopian history and languages, Parfitt told Live Science.

"He went to the Church of Mary of Zion with a couple of soldiers," Parfitt said. He spoke to the monks in the church in Amharic, a language widely spoken in Ethiopia, asking to see the ark. His requests were refused. "They said, 'You can't go in, this is holy…'" said Parfitt, recounting the story. "He said, 'Well, I'm sorry, but I want to go in,'" and "he did go in with his soldiers behind him. They couldn't do anything to stop him," Parfitt said.

According to Parfitt, the army officer then walked over to the place where the ark was said to reside. "What he saw was what you find in any Ethiopian church, which is a model of the Ark of the Covenant," Parfitt said. Apparently, Ullendorff said that "it didn't differ in any way from many arks he had seen in other churches in Ethiopia," Parfitt said. "It wasn't ancient and certainly wasn't the original ark."

Ullendorff never published an article about his encounter with the ark. He "simply didn't want to hurt the feelings of the Ethiopians," said Parfitt, noting that Ullendorff worked extensively in Ethiopia, even becoming a personal friend of the emperor of Ethiopia, Haile Selassie.

"It would have been absolutely impossible for him to function in Ethiopia if he had said that your ark is not the genuine ark," Parfitt explained. In his interview with the Los Angeles Times in 1992, Ullendorff said that the model he saw was of "middle-to late-medieval construction when these were fabricated ad hoc."

Parfitt said that Ullendorff was concerned after he gave the interview and hoped that Ethiopian authorities did not become aware of the Los Angeles Times article. As far as Parfitt knows, Ullendorff never spoke to a reporter again about what he saw.