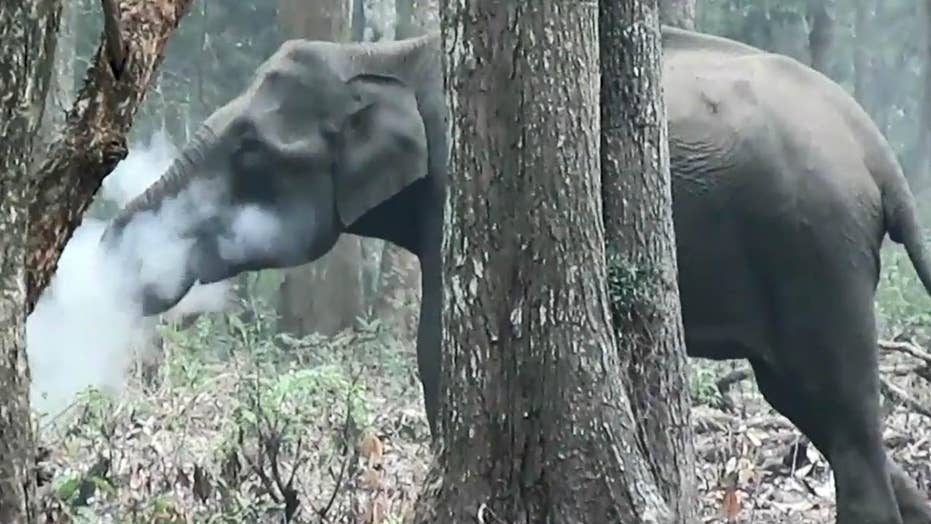 Video captured by the Wildlife Conservation Society's India Program of an elephant appearing to blow smoke has some scientists stumped.

Incredible footage of an elephant picking up ash with its trunk and breathing smoke has been captured, stunning onlookers and experts.

The video, taken by Vinay Kumar, Assistant Director with the Wildlife Conservation Society’s (WCS)-India Program, stumped the organization's scientists as to why the elephant is showing off the unusual behavior.

Dr. Varun Goswami, a scientist at WCS India and an elephant biologist, attempted to explain the elephant's actions. “I believe the elephant may have been trying to ingest wood charcoal,” said Dr. Goswami in a press release.

THEY DECIDED TO TRACK ELEPHANTS, AND DISCOVERED SOMETHING MACABRE

“She appeared to be picking up pieces from the forest floor, blowing away the ash that came along with it, and consuming the rest," Dr. Goswami added.

It's possible the elephant may have been using the charcoal for health-related issues, as it has toxin-binding properties that can provide medicinal value. It can also be a laxative, making it doubly effective.