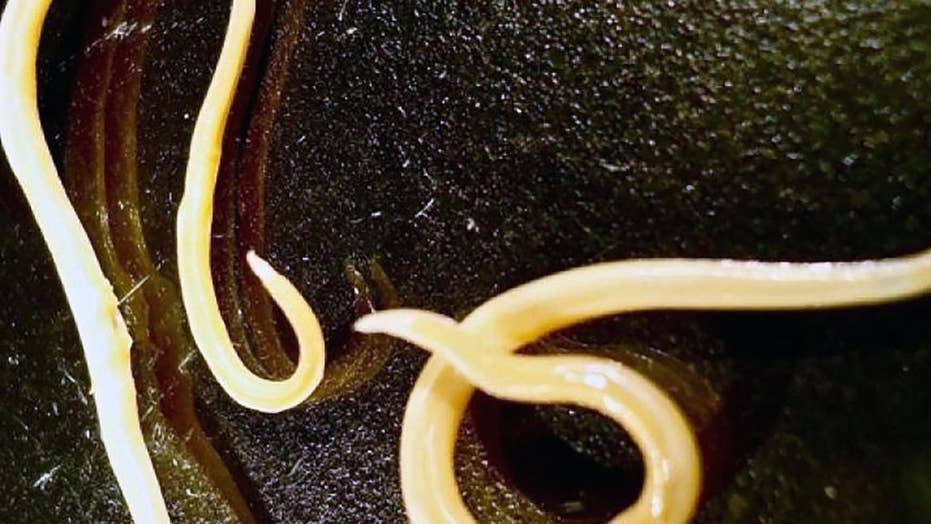 Worms alive after being frozen for nearly 42,000 years

Two worms that have been frozen in permafrost for nearly 42,000 years were coaxed back alive by scientists.

A pair of nematodes – roundworms – are apparently alive after they were frozen in permafrost for nearly 42,000 years.

Russian scientists said the two prehistoric worms, out of a group of about 300, are moving and eating after they came back to life in a lab at the Institute of Physico-Chemical and Biological Problems of Soil Science in Moscow, the Siberian Times reported.

“After being defrosted, the nematodes showed signs of life,” a report from the Russian scientists said, according to the Siberian Times.

One of the worms was found near the Alazeya River in 2015 and is believed to be about 41,700 years old, according to the study published in the Doklady Biological Sciences. They were found about 11.5 feet underground.

The other worm was found in 2002 in a fossil rodent burrow near the Kolyma River. These samples were taken from about 100 feet underground.

The worms were found close to Pleistocene Park, the site of an experimental project to recreate the habitat of the extinct woolly mammoth, according to The Sun.

“Our data demonstrate the ability of multicellular organisms to survive long-term (tens of thousands of years) cryobiosis under the conditions of natural cryoconservation,” a report provided to Fox News said.

The worms were cultivated in Petri dishes at about 20 degrees Celsius, or 68 degrees Fahrenheit, for several weeks. (East2West)

“It is obvious that this ability suggests that the Pleistocene nematodes have some adaptive mechanisms that may be of scientific and practical importance for the related fields of science, such as cryomedicine, cryobiology, and astrobiology,” it continued.

Cryobiology is the study of living things at extremely low temperatures.

The worms were cultivated in Petri dishes at about 20 degrees Celsius, or 68 degrees Fahrenheit, for several weeks, the study said.

Scientists believe both worms are females, according to a report provided to Fox News.

Nematodes are known for their ability to sustain long periods of time in unfavorable conditions, including in extremely low temperatures, the report said.

They are the oldest living animals currently on the planet, the Siberian Times reported.

The research was conducted by teams from multiple Russian institutions as well as Princeton University in New Jersey.