A top U.S. Space Force commander said two Russian satellites are tailing an advanced U.S. spy satellite above the Earth and at times come within 100 miles of the billion-dollar spacecraft.

Gen. John “Jay Raymond told Time magazine that the Russian satellite was launched in November and called its movements “unusual and disturbing.” 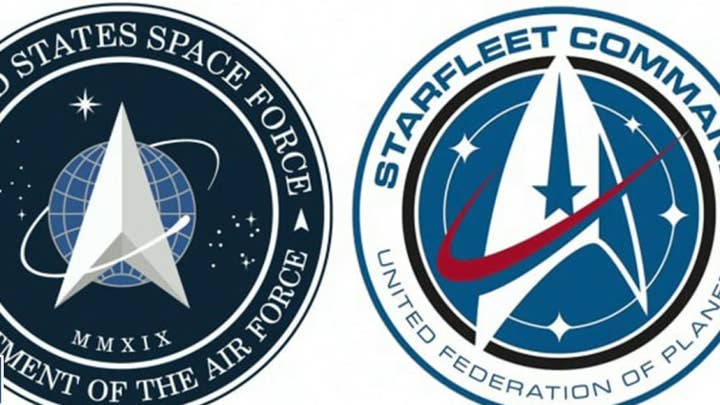 “It has the potential to create a dangerous situation in space,” he said, while other experts expressed concerns about what Moscow may be able to learn from close-up photos of the spacecraft.

The Trump administration recently requested a defense budget that would keep non-emergency spending at $705 billion, Military.com reported. Space.com reported that SpaceForce would receive $15.4 billion from that funding and begin with 6,400 members that will be transferring from the Air Force.

The Space Force's mandate is to improve protection of U.S. satellites and other space assets, rather than to put troops in orbit to conduct combat in outer space.

Trump originally wanted a Space Force that was "separate but equal" to the Army, Navy and Air Force, but instead, Congress made it part of the Department of the Air Force.

The Time magazine report illustrates an almost sci-fi case of alleged space espionage. Russia reportedly launched a satellite into orbit last November and-- while in orbit--  it split into two separate satellites. One expert compared it to a "Russian nesting doll."

The Kremlin has insisted that the satellites are simply conducting experiments. An amateur satellite tracker used public data to theorize that the Russian satellites are "cleverly designed" to monitor the U.S. satellite during otherwise challenging visual moments in orbit: like sunrises.

"It's clear that Russia is developing on-orbit capabilities that seek to exploit our reliance on space-based systems that fuel our American way of life," Raymond told Time.