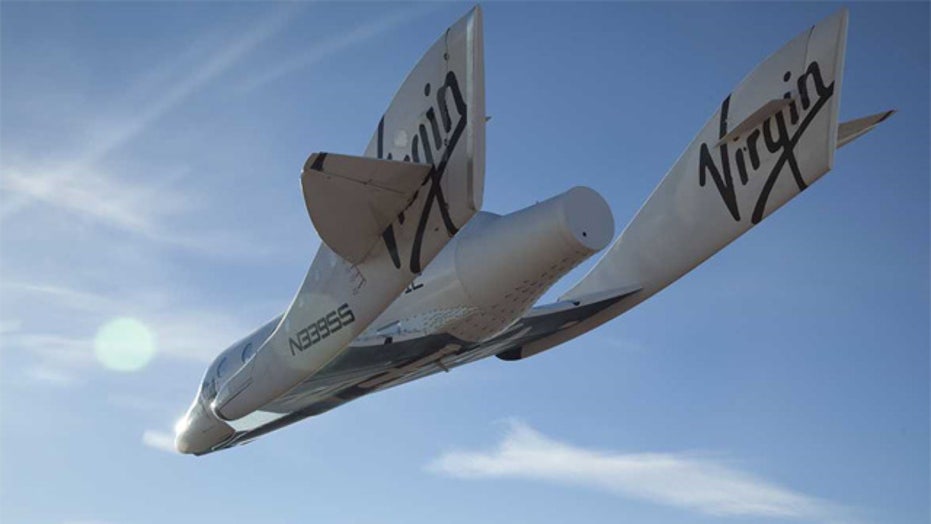 Inside Virgin Galactic's plan to take civilians to space

Rick Reichmuth gets hands on training

Virgin Galactic’s new SpaceShipTwo flew at supersonic speed over California’s Mojave Desert on Thursday, marking the first powered flight for the company since the fatal 2014 crash of its original rocketship.

VSS Unity’s flight was a “big step forward,” the company said. The craft is reportedly named for Stephen Hawking, the renowned physicist who died March 14 after dedicating his life to studying the cosmos.

Eventually, Virgin Galactic plans to carry tourists on suborbital hops into the lower reaches of space, where they can see Earth far below and the stars beyond.

Virgin Galactica’s goal of space tours has a price tag of $250,000, but the company has not officially disclosed a timeline for its first customer flights, the Los Angeles Times reported.

Virgin Galactic said Thursday's milestone marked the start of the final portion of Unity’s flight test program, which began after a 2014 test-flight crash of its predecessor, VSS Enterprise, which killed one of its two pilots and set back the project.

The company noted that Unity has safety mechanisms that were developed after the accident.

On Thursday, pilots Mark “Forger” Stucky and Dave Mackay were in the cockpit of Unity as it took off from Mojave Air & Space Port at 8:02 a.m. attached to VMS Eve and climbed to an altitude of 46,500 feet over the Sierra Nevada.

Unity was released, and a few seconds later, its engine ignited. The spaceship climbed steeply and went supersonic — Mach 1.87 — during the 30-second rocket burn.

With the engine shut down, Unity coasted upward to an apogee of 84,271 feet.

The tail booms are known as “feathers” because their function is likened to the feathers of a badminton shuttlecock.

The Enterprise accident occurred when the co-pilot prematurely unlocked the “feathers” and the ship broke apart.

The spaceships are built by the Spaceship Company, which operates in Mojave and is a unit of Virgin Galactic.

Virgin Galactic also envisions a fleet operating from Spaceport America in New Mexico, and plans to offer flights for research as well as satellite deployment.