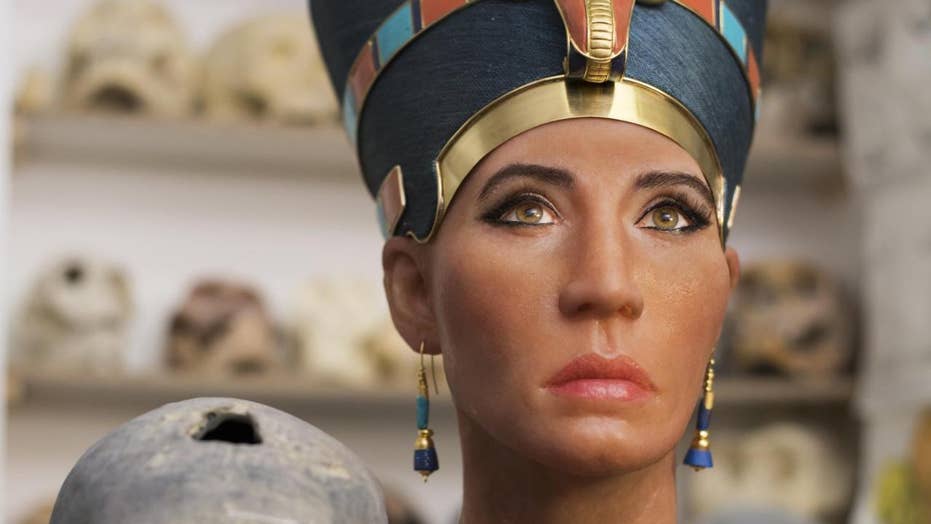 A bust of the Ancient Egyptian Queen Nefertiti sparks outrage on social media. Many claim the rendering is whitewashed.

What was supposed to be a historical reconstruction project, showing the face of King Tut's biological mother Queen Nefertiti for the first time, has turned sour, amid accusations of whitewashing.

The Travel Channel, as part of its series "Expedition Unknown" with Josh Gates, will showcase 3-D imaging technology to map the mummy of Nefertiti's face and create a replica. Paleoartist Elisabeth Daynès, who had previously recreated King Tut more than a decade ago, sculpted the bust of Nefertiti, which was then compared to images of her face.

"This remarkable face seems to be consistent with ancient representations of Nefertiti," said Egyptologist Dr. Aidan Dodson of Bristol University in a release. "It's extraordinary. When taken alongside the latest reading of the genetic data, this provides us with truly exciting evidence that the mummy of the Younger Lady is none other than Queen Nefertiti herself."

FINAL ANSWER MAY BE NEAR ON KING TUT TOMB MYSTERY

It is in the comments about Nefertiti's looks and the subsequent 3-D modeling that have sparked criticism.

The Sun reports that some on social media have pointed out that Nefertiti appears to have a lighter skin tone than is believed to be accurate.

"This project is very special and very complex," Daynès said. "I worked closely with forensic paleopathologists and anthropologists to determine accurate muscle, skin and soft tissue depth. Everything was meticulously calculated by hand.

Nefertiti's mummy was uncovered in a tomb in Egypt's Valley of the Kings in 1898, but it wasn't until 2010, via DNA evidence, that she was proven to be King Tut's biological mother.

"In all, it took more than 500 hours to create the bust. Even the jewelry on the bust was handcrafted by designers who work for Dior," Daynès added. "When you overlay the profile of the reconstruction with the famous Berlin Bust of Nefertiti, they are an incredibly close match."

Josh Gates with the bust of Queen Nefertiti. (PRNewsfoto/Travel Channel)

"Nefertiti is remembered as one of the most beautiful women in history, but her accomplishments are anything but skin deep," said Gates. "She was a powerful pharaoh and ruled during one of the most prosperous times in the ancient world. But like many of history's most important female figures, her legacy has been obscured."