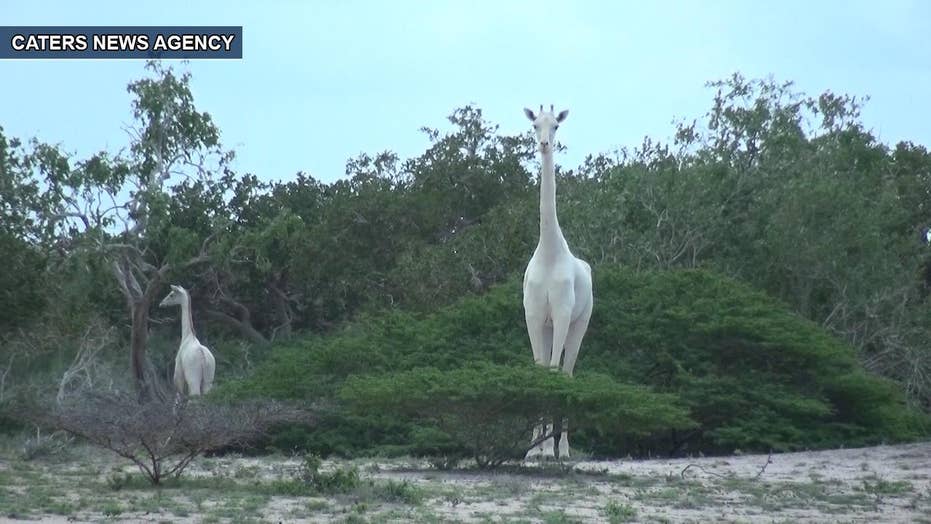 In an extremely rare moment in nature, not one but two white giraffes have been captured on film out in the open

Kenya’s only white female giraffe and her calf have been killed by poachers, officials confirmed Tuesday.

In a statement, the Ishaqbini Hirola Community Conservancy said that the female’s death was confirmed by local people and rangers at Ijara in Eastern Kenya.

The giraffes had a condition called leucism that results in loss of pigmentation.

“According to images sent in by the community, the giraffe was in a skeletal state after being killed by armed poachers,” the Conservancy said. The female and her calf were part of a family of three white giraffes. Now, only a white bull giraffe remains.

“This is a very sad day for the community of Ijara and Kenya as a whole,” said Mohammed Ahmednoor, the manager of Conservancy, in the statement. “This is a long term loss given that genetics studies and research which were significant investment into the area by researchers, has now gone to the drain. Further to this, the white giraffe was a big boost to tourism in the area."

The white giraffes became something of a sensation when they were caught on video for the first time in 2017.