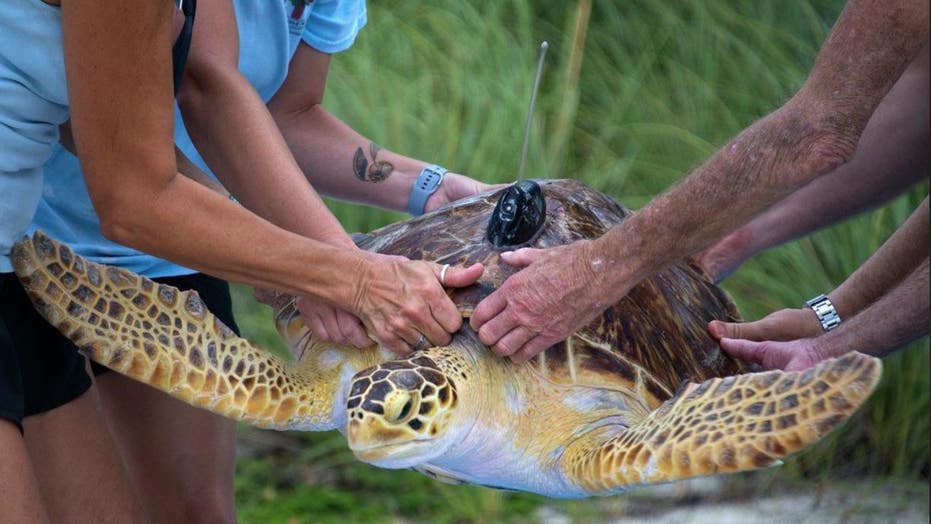 A rare hybrid hawksbill-green sea turtle is taking part in a long-distance online "race" following the migration of sea turtles over three months.

The turtle, known as Maisy and who was rehabilitated at the Florida Keys-based Turtle Hospital, has a satellite tracking transmitter attached to its shell and has been released.

The Sea Turtle Conservancy organizes the annual project called the Tour de Turtles, which is intended to raise awareness about sea turtles and threats to their survival.

Members of the public can monitor competitors’ progress online.

Maisy was suffering from fibropapillomatosis, a herpes-like virus affecting sea turtles around the world, when it was rescued almost a year ago off the Lower Keys, according to The Associated Press.

The turtle received multiple treatments at the hospital, including antibiotics and the removal of several tumors.

The reptile is apparently the first of nine hard-shell turtles to be fitted with a satellite transmitter. The others will be released off Florida by the end of July, according to Dan Evans, a senior research biologist with the Sea Turtle Conservancy.

“Beyond the educational aspect and the awareness is the science behind it,” Evans told The Associated Press. “Maisy’s the first hybrid sea turtle we’ve ever tracked.”