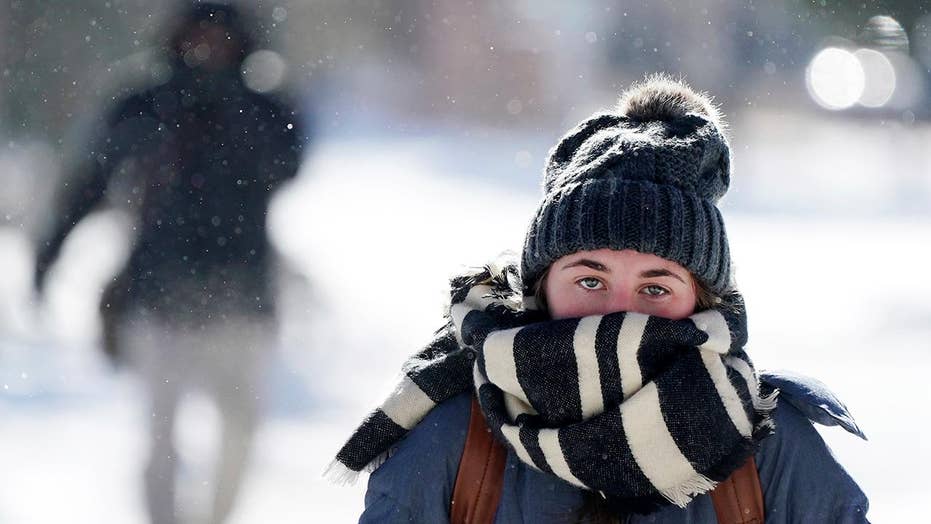 At the moment, temperatures in Chicago are lower than both Alaska and Antarctica. And signs of the bitter cold are all around — most notably surrounding the Chicago River, which is currently "smoking" and starting to freeze over while in the powerful polar vortex's grip.

Aerial views of the Windy City reveal a large portion of the river is covered in chunks of ice and giving off swirling sea smoke, also known as "steam fog" when it occurs over freshwater lakes or rivers. However, it's important to note that fog technically occurs when warm air meets cold water.

"That 'smoke' actually is water vapor that forms when really cold air moves over relatively warmer water and the thin boundary layer of warm air just above the surface," Sea Grant at the University of Maine previously explained in a paper. "When the evaporating water rises, the cold air can only hold so much moisture, forcing the liquid to condense into fog."

Several Chicagoans took to social media to share images of the smoky Chicago River, which they said proved the water is warmer than the air.

A Chicago cigar shop even used the unusual phenomenon to promote its products.

"Chicago River is warmer than the #Chicago air this morning. If you feel like warming up with a #cigar stop by and have a smoke with us today," J. Schwartz Importer tweeted.

Sea smoke is frequently seen in polar regions but it's also not uncommon for it to occur in the Midwest when winter (and frigid air) arrives.

“We observe sea smoke over coastal waters when the air temperature is below 10 degrees, and definitely when it’s below zero,” John Cannon of the NWS office in Gray, Maine, told the University of Maine.

In subzero temperatures with "quieter" winds, the smoke will be even greater, he noted.

Temperatures in Chicago plunged to minus 20 degrees early Wednesday, breaking the day's previous record low set in 1966, though wind chills in northern Illinois made it feel as cold as negative 57 degrees.

"These (conditions) are actually a public health risk and you need to treat it appropriately," Chicago Mayor Rahm Emanuel warned. "They are life-threatening conditions and temperatures."