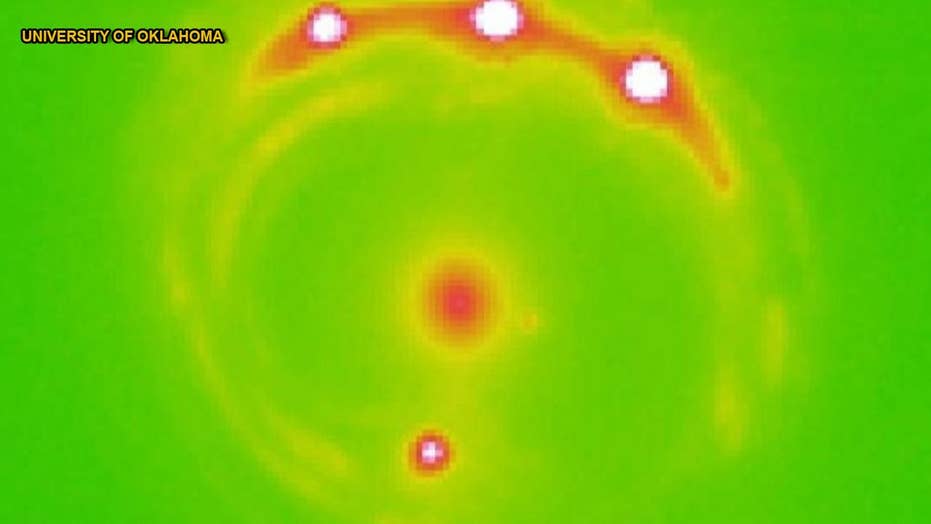 Planets in galaxies beyond Milky Way spotted for first time

A team of scientists from the University of Oklahoma have discovered planets in galaxies beyond the Milky Way, using data from NASA's Chandra X-ray observatory.

For the first time, scientists have discovered planets in galaxies beyond the Milky Way.

Using data from NASA’s Chandra X-ray observatory, a team of astrophysicists from the University of Oklahoma identified the extragalactic planets about 3.8 billion light years away. The space observatory helped scientists find about 2,000 objects with comparable mass to the Moon and Jupiter.

“We are very excited about this discovery. This is the first time anyone has discovered planets outside our galaxy,” said Oklahoma University professor Xinyu Dai in a statement.

“These small planets are the best candidates for the signature we observed in this study using the microlensing technique. We analyzed the high frequency of the signature by modeling the data to determine the mass.”

Dai made the discovery with Eduardo Guerras, a postdoctoral researcher, and their findings were published in The Astrophysical Journal Letters.

ASTRONOMERS MAY HAVE DISCOVERED THE FIRST EXOMOON

Guerras said that the breakthrough highlights the power of the microlensing technique. “There is not the slightest chance of observing these planets directly, not even with the best telescope one can imagine in a science fiction scenario,” he explained in the statement.

“However, we are able to study them, unveil their presence and even have an idea of their masses. This is very cool science.”

The Chandra X-ray observatory, which was launched into space in 1999, is controlled by the Smithsonian Astrophysical Observatory.

The Milky Way, the galaxy containing our solar system, has hundreds of billions of stars, according to NASA.

In a separate project, researchers announced last year that they may have spotted the first moon outside of our solar system. By harnessing data from the Hubble Space Telescope, researchers identified exomoon candidate Kepler-1625b. The moon, which is orbiting the star Kepler-1625, is approximately 4,000 light years away,