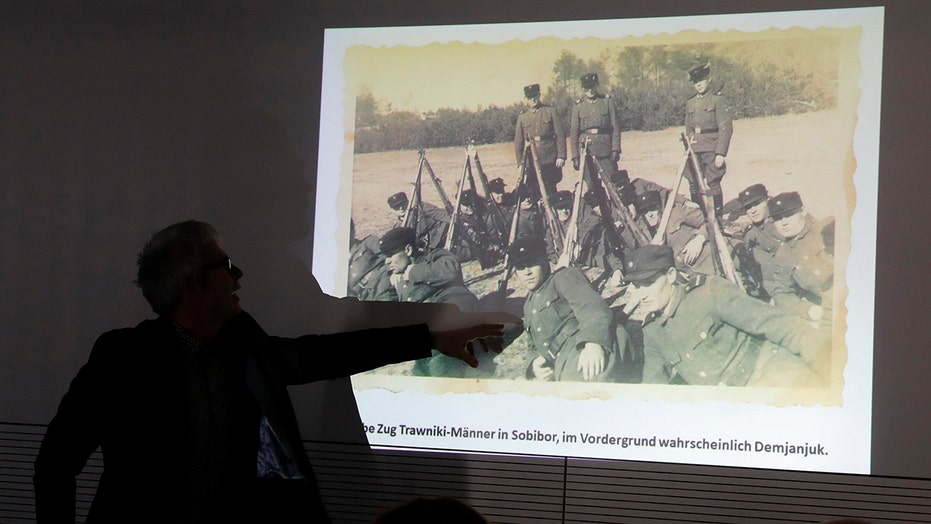 A Berlin museum claimed on Tuesday to have dug up two historical photographs proving Ohio autoworker John Demjanjuk was a guard in a Nazi death camp during World War II.

The pictures were part of a collection taken at the Sobibor death camp in Nazi-occupied Poland and obtained by the Topography of Terror museum from the family of the camp’s deputy commander Johann Niemann, according to reports.

The first photo from 1943 shows a group of about 20 Nazi officers, the Cleveland Plain Dealer reported.

German researchers said Tuesday in a statement that “it is probable that [Demjanjuk] is depicted in the middle of the first row, facing the camera,” according to the paper.

The paper said that because of the man’s hat and the shadow, it was difficult to get a clear image of his face.

The second photo also shows 20 officers and the person who was identified as Demjanjuk is too far from the camera to get a clear image of his face, the paper reported.

The Ukraine-born Demjanjuk went to his grave in 2012 at the age of 91 fighting his conviction by a German court that he played a role in the death of 28,000 people at the Sobibor camp.

He was deported three years earlier after U.S. judges ruled he lied about his Nazi past after entering the U.S. in 1952 and settling in Ohio, the paper reported.

Experts say the collection enhances historians' knowledge of what Sobibor looked like. So far, they knew of only two photos taken of the camp while it existed. The Niemann collection adds another 49.

Anne Lepper, whose grandparents were murdered on arrival at Sobibor from the Netherlands in 1943, said it was “very courageous” of Niemann's descendants to release the photos. She said it was “a breathtaking experience” to see the images after frequently having seen the site.

Martin Cueppers, a Holocaust historian at the University of Stuttgart, said researchers concluded that Demjanjuk is “probably” depicted at least in one case in conjunction with the criminal police office in Germany's Baden-Wuerttemberg state, whose biometric department agreed to examine the historical photos.

But Demjanjuk's son, John Demjanjuk Jr., told The Associated Press of the newly unveiled photos that “it’s a baseless theory to claim they prove anything at all regarding my father.”

In the 1980s, Demjanjuk stood trial in Israel after he was accused of being the notoriously brutal guard "Ivan the Terrible" at the Treblinka extermination camp. After Treblinka survivors identified him as their tormentor, he was convicted and sentenced to death — but then freed when an Israeli court overturned the ruling, saying the evidence showed he was the victim of mistaken identity.