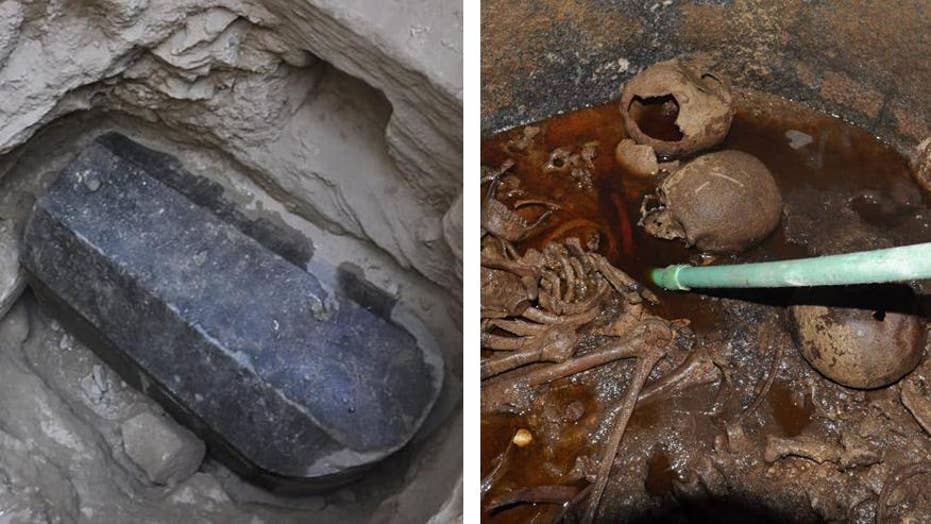 Archaeologists in Egypt have opened a massive black sarcophagus that is said to be ‘cursed.’ Inside they found three skeletons that will be studied.

Where there's a will, there's a way? A 2,000-year-old black sarcophagus was opened last week and revealed the revolting: three skeletons, a vile red liquid, and a terrible smell.

Now there's a Change.org petition going from people who are fighting for the right to drink that red liquid. It bears more than 17,000 signatures as of this writing, ostensibly from those who agree with the petition's goal: "We need to drink the red liquid from the cursed dark sarcophagus in the form of some sort of carbonated energy drink so we can assume its powers and finally die." The head of Egypt’s Supreme Council for Antiquities was actually explicit in stating no curse befell the team that opened the sarcophagus, which was found to have a crack that resulted in the liquid sewage within.

CNET reports the comments, "aka the reason why people signed the petition, are definitely worth the price of entry." "Innes Mck" started the petition and wrote the following when it hit 10,000 signatures: "thank you so much for all ur deep and personal reasons for wanting to drink the cursed mummy milkshake, i swear I will keep fighting to allow you to sup." Among the reasons given for signing: "Thirsty," writes one person.

Live Science actually asked a microbiologist what would happen if someone consumed the red liquid and, shocker, Rolf Halden said it's not a good idea.

That's because the liquid is likely a stew of viruses and bacteria, and some bacteria could have formed "endospores," which have the ability to survive for millennia.

If anyone is crazy enough to actually do it, sterilizing the liquid first is a must, he says. (This Egyptian coffin was dowdy, but the inside was astonishing.)

This article originally appeared on Newser: Reaction to Revolting Sarcophagus Liquid? Let Us Drink It