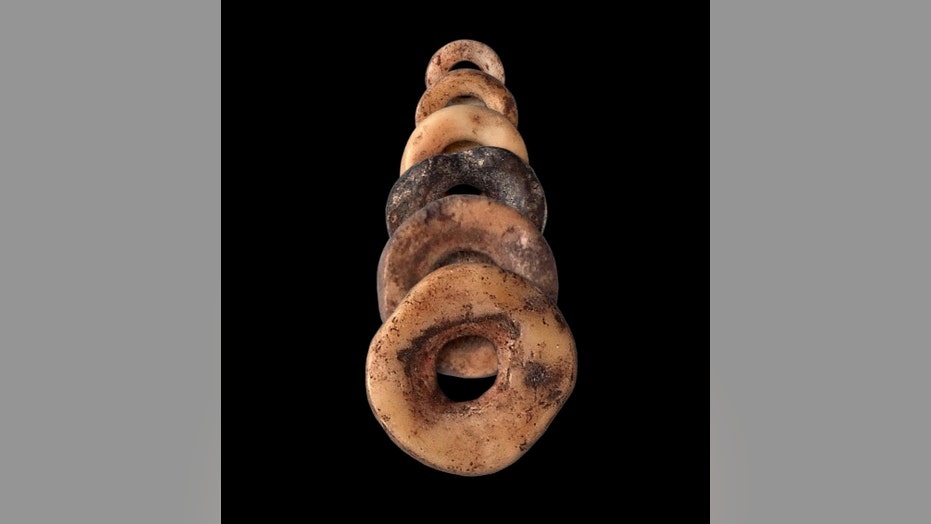 Mankind's ancestors may have exchanged ostrich eggshell beads with one another, the "Stone Age versions of Facebook or Twitter ‘likes,'" according to a new study.

The research, published in the Proceedings of the National Academy of the Sciences, looked at pieces of jewelry that were discovered in Lesotho, a country encircled by South Africa, and found that they were likely exchanged more than 30,000 years ago.

“Ostrich eggshell beads and the jewelry made from them basically acted like Stone Age versions of Facebook or Twitter ‘likes,’ simultaneously affirming connections to exchange partners while alerting others to the status of those relationships," said the study's lead author, Brian Stewart, in a statement.

“Humans are just outlandishly social animals, and that goes back to these deep forces that selected for maximizing information, information that would have been useful for living in a hunter-gatherer society 30,000 years ago and earlier,” Stewart added.

The researchers examined the number of strontium atoms in the ostrich shells to determine that they originated from Lesotho, which has ground largely comprised of basalt that is low in the chemical element strontium.

It's believed that some of the items may have traveled as far as 620 miles from where they were first created, notable since the necklaces are made of ostrich shells and ostriches typically do not live in this kind of environment.

“These ornaments were consistently coming from very long distances,” Stewart explained. “The oldest bead in our sample had the third-highest strontium isotope value, so it is also one of the most exotic.”

It's also likely that the beads were swapped during a time of "climactic upheaval," between 59,000 and 25,000 years ago, Stewart stated.

“What happened 50,000 years ago was that the climate was going through enormous swings, so it might be no coincidence that that’s exactly when you get this technology coming in,” the researcher explained. “These exchange networks could be used for information on resources, the condition of landscapes, of animals, plant foods, other people and perhaps marriage partners.”