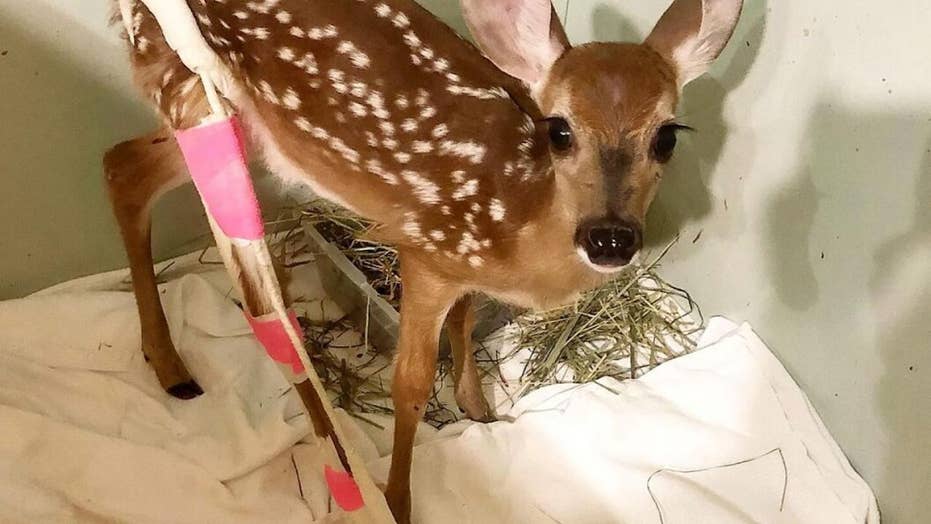 A Roosevelt elk in Southern Oregon had to be rescued Thursday morning after its antlers got caught in downed wires, according to Oregon State Police.

A caretaker of a ranch in Butte Falls found the elk fatigued and moving in circles -- likely after hours of attempting to free itself, OregonLive reported.

After the caretaker called the police, the Pacific Power company disabled the power lines, which allowed someone from the Oregon Department of Fish and Wildlife to tranquilize the elk so the wires could be untangled from its antlers, police said on Twitter.

“What a magnificent creature,” the department wrote.

Mathew Vargas, of the Oregon Department of Fish and Wildlife, told OregonLive the elk was one of the largest he has seen -- somewhere between 700 to 800 pounds.

Once the elk was free from the wire it was given another shot to counteract the tranquilizer; it stood up and walked back into the woods with no apparent injuries.

“It was a good team effort,” Vargas told OregonLive. “We always hope for incidents like this to go so smoothly. You couldn’t have asked for better.”

Vargas said it’s common for elk to get their antlers stuck, adding he’s even seen one tangled in a volleyball net.

“It’s just in their nature to always be playing with things with their antlers,” he said. “They can’t help themselves.”