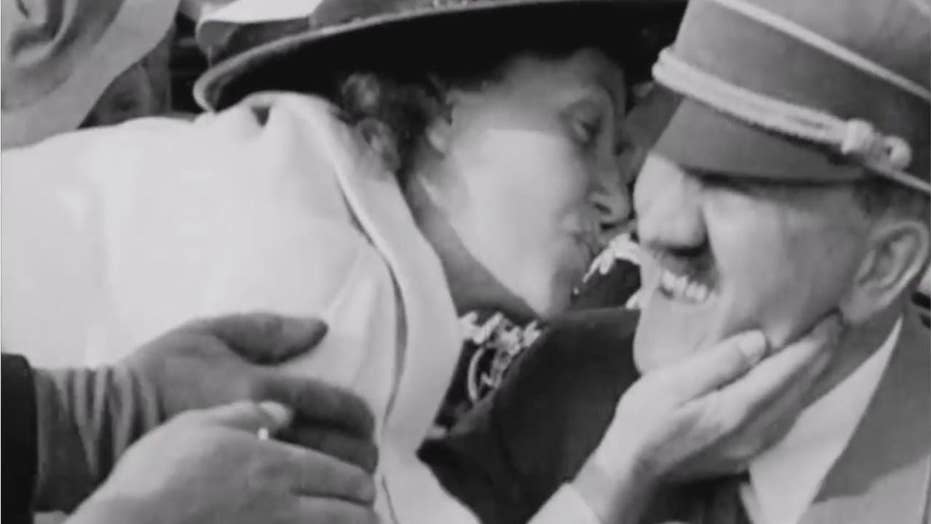 An American woman managed to surprise Hitler with a kiss at the 1936 Summer Olympics in Berlin and it did not end well for his security guards.

A snub appears to have led Adolf Hitler to the Nazi party. A historian is making the case that the most reviled dictator in history first tried to join the German Socialist party but was rejected, the Guardian reports.

If the German Socialists, another far right party, had taken him, Hitler may have settled for a more minor role in the party, which was larger than the Nazis, argues Thomas Weber.

Since Hitler hadn't previously "shown any leadership qualities and had been happy to follow orders," Weber says he may not have ever risen to prominence. "The Nazi party would have been absorbed by the German Socialist party and thus would have disappeared and history would have taken a different path," Weber tells the Guardian.

If that happened, it's unlikely there would have been World War II or the Holocaust, Weber tells the Independent. Weber, of the University of Aberdeen, found an overlooked document from 1919 in a Munich archive showing the German Socialists told Hitler not only that he wasn't welcome as a member, but that he couldn't write for the party paper.

Hitler went on to join the Nazis and became its leader in 1921. The German Socialist party was dissolved the following year. Weber writes in in his upcoming book that the "erratic doings of a prima donna" attributed to Hitler belied a "skillful and conniving political operator" who "kept a lifelong vengeance" against his enemies.

So why did the German Socialists spurn Hitler? Weber tells the Independent that perhaps "it had something to do with the fact Hitler was opinionated and they did not want to have someone there who was telling them what to do." (The Dutch Red Cross admits a "painful" WWII truth.)

This article originally appeared on Newser: One Snub of Hitler May Have Changed History