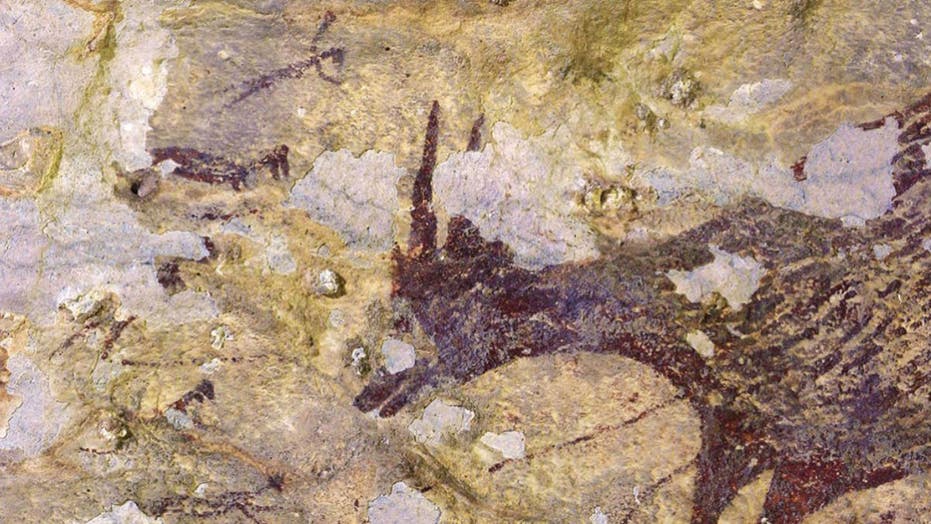 The scene was painted at least 43,900 years ago and was discovered on the island of Sulawesi, according to a team led by archaeologists Maxim Aubert and Adam Brumm.

The part-human, part-animal hunters depicted in the mural show that people at that time believed in supernatural beings, according to the scientists' report, published in Nature.

“We assume these ancient artists were Homo sapiens and that spirituality and religious thinking were part of early human culture in Indonesia,” Brumm told Science News.

In addition, eight small figures with humanlike and animal characteristics appear to be hunting the pigs and anoas.

“We urgently need to determine why this art is disappearing and what to do about it," Brumm told Science News.