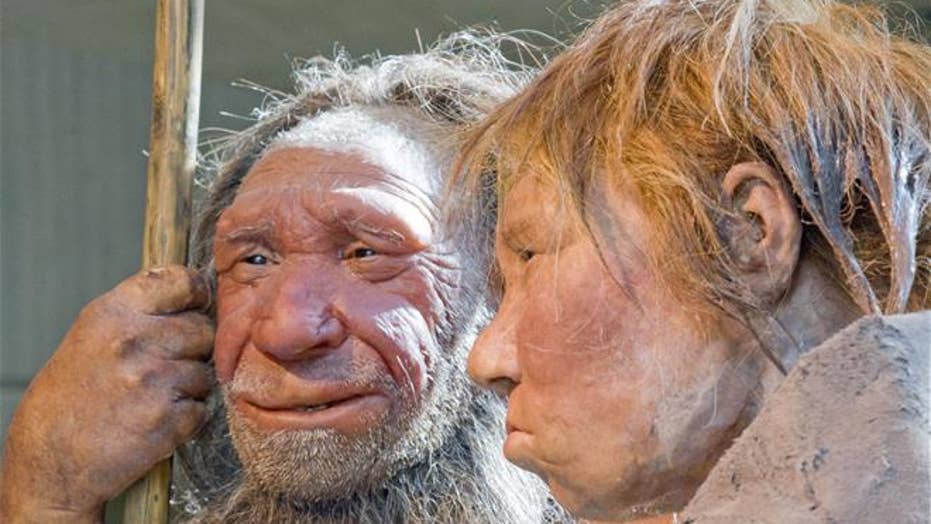 Neanderthals hardly conjure up images of prehistoric beach life, but scientists have revealed surprising new details of how our extinct relatives survived.

Experts studied seashells fashioned into tools that were discovered in Italy in 1949 to reveal how some Neanderthals had a much closer connection to the sea than was previously thought, according to a statement released by the University of Colorado Boulder.

Led by Paola Villa, an adjoint curator at the University’s Museum of Natural History, the scientists analyzed dozens of shells found at the Grotta dei Moscerini, a beachside cave in the Italian region of Latium.

Archaeologists have known for years that the seashells were made into tools about 90,000 years ago. The new research, which is published in the journal Plos One, reveals that Neanderthals didn’t just wander beaches looking for the shells, they also went diving for them.

“The fact they were exploiting marine resources was something that was known,” Villa said in the statement. “But until recently, no one really paid much attention to it.”

The vital clue was that three-quarters of the shell tools had opaque and slightly roughened exteriors, as if they had been sanded down over a period of time. This is consistent with shells that had washed up on a beach, Villa said.

The remaining shell tools, however, are shiny and smooth on their exterior and were likely to have been taken from the seabed as live animals. “It’s quite possible that the Neanderthals were collecting shells as far down as 2 to 4 meters [6.6 feet to 13.1 feet],” Villa said in the statement. “Of course, they did not have scuba equipment.”

Seashells were particularly useful to Neanderthals because they could be chipped with stone hammers into thin and sharp cutting edges.

“People are beginning to understand that Neanderthals didn’t just hunt large mammals,” Villa said. “They also did things like freshwater fishing and even skin diving.”

In a separate study released last year, a team led by anthropologists Erik Trinkaus of Washington University reported that many Neanderthals suffered from “swimmer’s ear,” bony growths that form in the ear canal through regular exposure to cold water or chilly air.

Experts have been shedding new light on Neanderthals in recent years. In 2018, for example, archaeologists in Poland identified the prehistoric bones of a Neanderthal child eaten by a large bird.

File photo - The hyperrealistic face of a neanderthal male is displayed in a cave in the new Neanderthal Museum in the northern Croatian town of Krapina Feb. 25, 2010. (REUTERS/Nikola Solic)