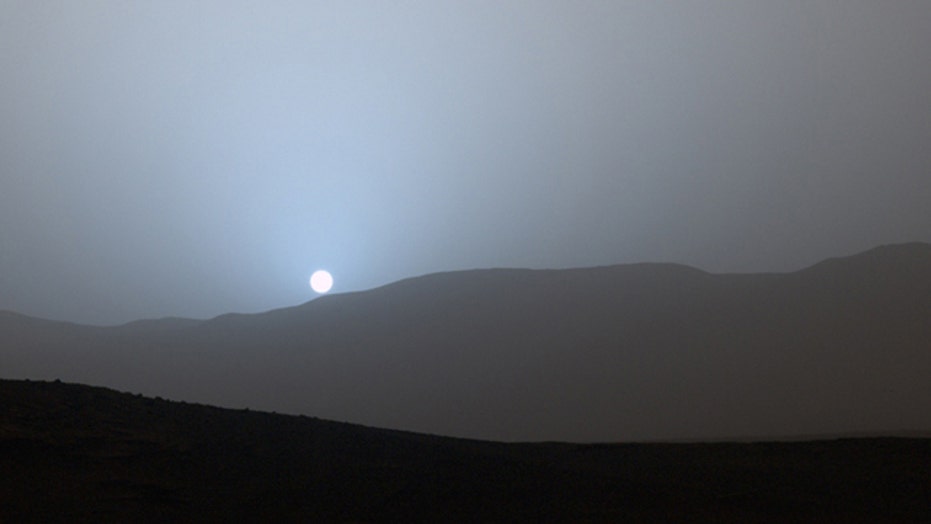 NASA’s Curiosity Mars rover has captured a stunning image of the sun setting on the red planet.

The image was taken by the Mars rover’s Mast Camera, or Mastcam, on April 15 during the mission’s 956th Martian day.  The sunset was the first observed in color by Curiosity, which was located in Mars' Gale Crater.

Mars may be known as the red planet, although the sunset’s blue hue is the result of fine dust particles in the Martian atmosphere. The particles let blue light penetrate the planet's atmosphere more efficiently than longer-wavelength colors, said NASA, in a statement.  The image’s color has been calibrated and white-balanced.

Quoting the poem “The Love Song of J. Alfred Prufrock” by T.S. Eliot, the Curiosity Rover also tweeted the image with the words “Let us go then, you and I When the evening is spread out against the sky.”