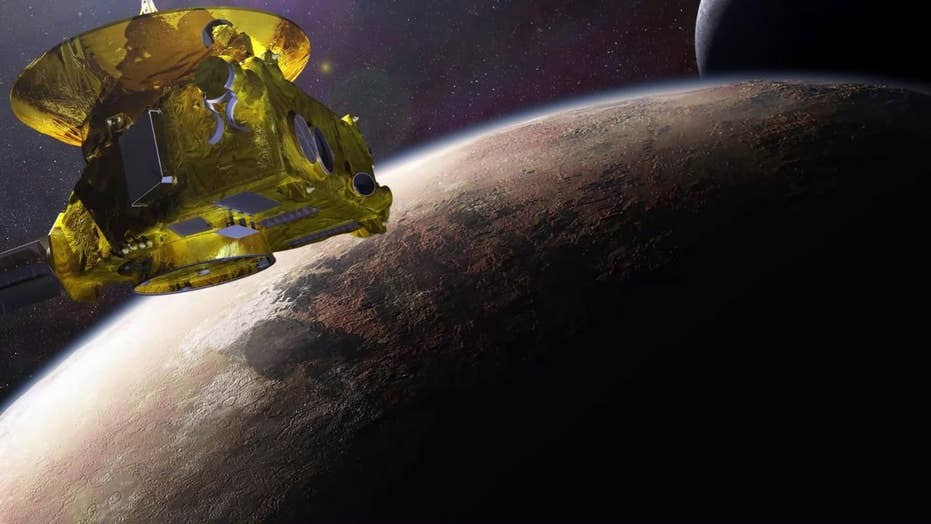 NASA’s spaceship New Horizons spotted what they believe is the hydrogen wall that surrounds our solar system.

There's a "hydrogen wall" at the edge of our solar system, and NASA scientists think their New Horizons spacecraft can see it.

That hydrogen wall is the outer boundary of our home system, the place where our sun's bubble of solar wind ends and where a mass of interstellar matter too small to bust through that wind builds up, pressing inward. Our host star's powerful jets of matter and energy flow outward for a long stretch after leaving the sun — far beyond the orbit of Pluto. But at a certain point, they peter out, and their ability to push back the bits of dust and other matter — the thin, mysterious stuff floating within our galaxy's walls — wanes. A visible boundary forms. On one side are the last vestiges of solar wind. And on the other side, in the direction of the Sun's movement through the galaxy, there's a buildup of interstellar matter, including hydrogen.

And now NASA researchers are pretty sure that New Horizons, the probe that famously skimmed past Pluto in 2015, can see that boundary.

What New Horizons definitely sees, the researchers reported in a paper published Aug. 7 in the journal Geophysical Research Letters, is some extra ultraviolet light — the kind the researchers would expect such a wall of galactic hydrogen to produce. That replicates an ultraviolet signal the two Voyager spacecraft — NASA's farthest-traveling probes, which launched in the late 1970s — spotted all the way back in 1992. [Images: Dust Grains from Interstellar Space]

However, the researchers cautioned, that signal isn't a sure sign that New Horizons has seen the hydrogen wall, or that Voyager did. All three probes could have actually detected the ultraviolet light from some other source, emanating from much deeper in the galaxy, the researchers wrote.

But Alice, the instrument on board New Horizons responsible for this finding, is much more sensitive than anything the Voyagers had on board before beginning their own journey out of the solar system, the researchers wrote. And they said they expect Alice to function 15 to 20 more years.

New Horizons will continue to scan the sky for ultraviolet light twice a year, the researchers wrote, and report what it sees back to Earth.

"If the ultraviolet light drops off at some point, then New Horizons may have left the wall in its rearview mirror," the researchers explained in an accompanying statement. "But if the light never fades, then its source could be farther ahead — coming from somewhere deeper in space."