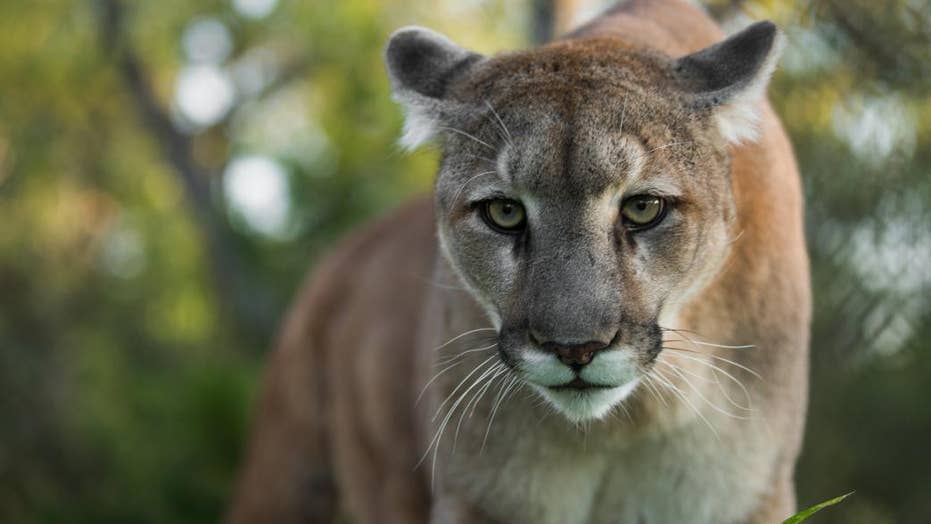 Officials in Elk River, Minn., issued a warning this week after one resident's home security camera captured an image of what is believed to be a mountain lion, also known as a cougar.

“Images of what appears to be a cougar were captured from a home security camera recently. The resident lives on the city’s west side near the Mississippi. [The Elk River Police Department] [has] forwarded the info to conservation officers and ask that residents remain aware of their surroundings,” reads a tweet from the City of Elk River’s Twitter account.

“Cougar sightings in Minnesota are rare but not unheard of. If you think you’ve seen a cougar, contact a local wildlife officer or conservation officer with photos or video footage. Stay aware, everyone!”

Cougars — also sometimes called pumas — are “rarely seen but occasionally do appear" in Minnesota, according to the state’s department of natural resources (DNR).

“While evidence might suggest the animal's prevalence is increasing, the number of verified cougar observations indicate that cougar occurrence in Minnesota is a result of transient animals from the Western Dakotas,” it added.

The Minnesota DNR also said,“many cougar observations from trail cameras and tracks turn out to be cases of mistaken identity.” In fact, bobcats, house cats, wolves, and even some dogs have been mistaken as mountain lions.