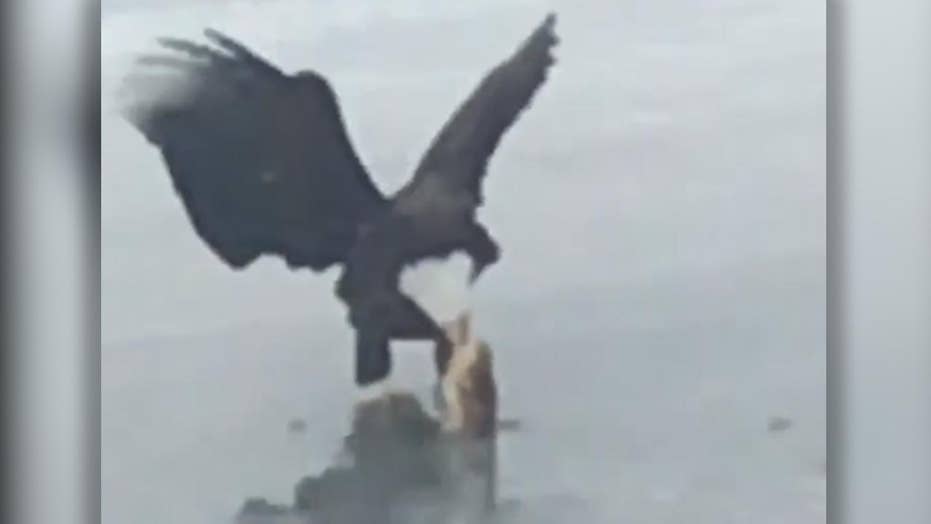 An ice-covered pond didn’t stop a bald eagle in Waconia, Minnesota from catching its next meal.

Emily Brown was standing at her mother’s bedroom window when she spotted the eagle pulling the fish through a hole in the frozen pond.

“I couldn’t believe it,” Brown, 22, told Fox News on Wednesday. She immediately picked up her phone and started recording.

Brown took the video on Snapchat. She would’ve continued to record, but she wanted to “get the video saved before something happened to it,” she said.

When she stopped recording, the eagle “ate the entire fish right there.” She said the fish was still alive as the eagle downed its catch.

“I was pretty shocked,” said Brown.

Brown said her video was shared by several news outlets in the area, garnering thousands of views on Facebook. The response has been "crazy," Brown said.

"I definitely wasn't expecting it to get too many views and shares," she added.