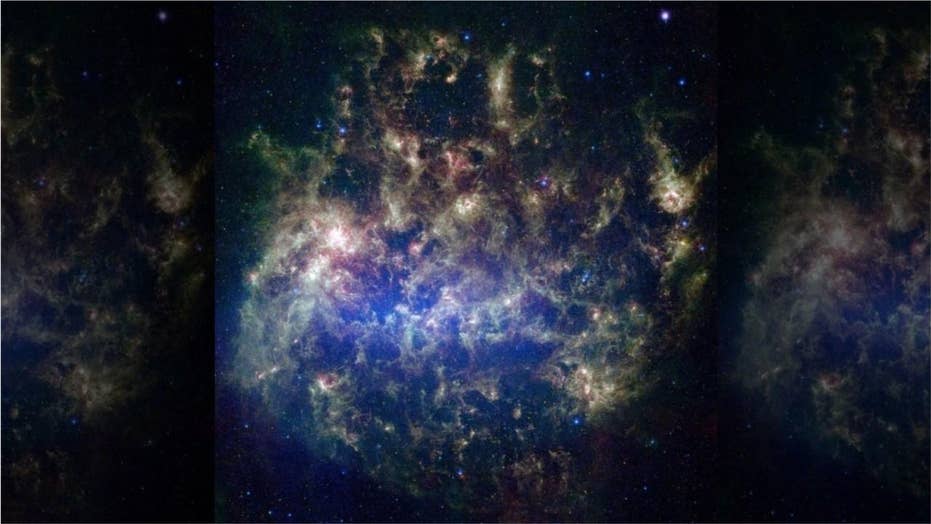 A nearby galaxy will slam into the Milky Way galaxy and send the solar system, where Earth resides, hurtling into space. The galactic collision would happen in the next two billion years, according to reports.

A nearby galaxy will slam into the Milky Way galaxy and send the solar system, where Earth resides, hurtling into space, Forbes reported, citing a journal article in the Royal Astronomical Society.

The impact of the Large Magellanic Cloud (LMC), a dwarf galaxy, could also wake up the Milky Way's dormant black hole, known as Sagittarius A*, the outlet reported, citing the study. The hole would then devour surrounding gas, get 10 times bigger and disperse high-energy radiation, the report said.

But these "cosmic fireworks" are unlikely to affect life on Earth, unless it's already been hurled into space, according to the report.

The event could happen in about two billion years, according to astrophysicists at Durham University, who are working with the University of Helsinki in Finland, Forbes reported.

"While two billion years is an extremely long time compared to a human lifetime, it is a very short time on cosmic timescales," said lead author Dr. Marius Cautun, a postdoctoral fellow in Durham University’s Institute for Computational Cosmology, according to Forbes.

"The destruction of the LMC, as it is devoured by the Milky Way, will wreak havoc with our galaxy, waking up the black hole that lives at its center and turning our galaxy into an ‘active galactic nucleus’ or quasar."