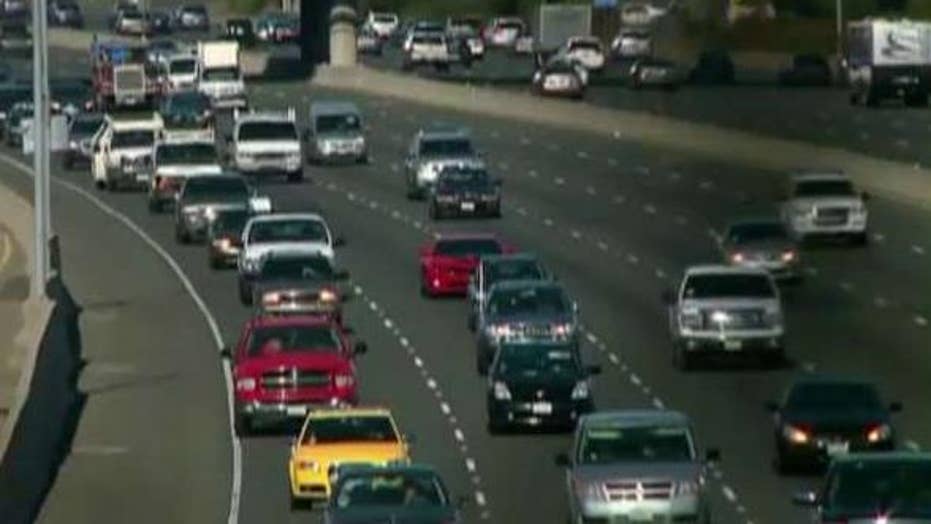 Study: Men have better sense of direction than women

Testosterone could be the key

In classic men vs. women moment, it looks like there might be a partial answer to the age-old road trip question, “honey, are we lost?”

At least for now…

Researchers at the Norwegian University of Science and Technology recently conducted experiments to learn more about gender and sense of direction. The researchers administered testosterone to women and tested how they performed in “wayfinding tasks” in a virtual environment.

Using functional magnetic resonance imaging (fMRI), a technology that measures brain activity, the researchers saw that men in the study took several shortcuts, oriented themselves more using cardinal directions and used a different part of the brain than the women in the study.

"Men's sense of direction was more effective,” said Carl Pintzka, a medical doctor and doctoral candidate at the university’s Department of Neuroscience, in a press release. “They quite simply got to their destination faster.”

Pintzka also used an MRI scanner to study any differences in brain activity when men and women orient themselves. Using 3D goggles and a joystick, the participants had to orient themselves in a very large virtual maze while images of their brains were recorded.

Some 18 men and 18 women first took an hour to learn the layout of the maze before the scanning session. In the MRI scanner, they were given 30 seconds for each of the 45 navigation tasks. One of the tasks, for example, was to "find the yellow car" from different starting points.

Related: This glass could be as strong as steel

The men solved 50 percent more of the tasks than the women, according to the Norwegian University of Science and Technology. Pintzka noted that women and men have different navigational strategies with men using cardinal directions during navigation to a greater degree.

"If they're going to the Student Society building in [the Norwegian city of] Trondheim, for example, men usually go in the general direction where it's located,” he said. “Women usually orient themselves along a route to get there, for example, 'go past the hairdresser and then up the street and turn right after the store'.”

Using cardinal directions is more efficient because it offers a more flexible strategy, according to the researchers.

Related: Nuclear fusion just got a boost with the arrival of this stellarator

Intriguingly, when women got a drop of testosterone under their tongue, several of them were able to orient themselves better in the four cardinal directions, according to the researchers.

A different group of  was studied for this test, with 42 women divided into two groups. A drop of placebo was given to 21 of the women and the remainder got a drop of testosterone under the tongue. Neither Pintzka nor the women knew who got what.

“We hoped that they would be able to solve more tasks, but they didn't,” he said. “But they had improved knowledge of the layout of the maze.”

Another area that the study shed some light on was the use of the hippocampus, a part of the brain that plays a significant role in cardinal directions. Some of the women were found to use the hippocampus more, “which tends to be used more by men for navigating," said Pintzka.

Experts also noted that losing one's sense of direction is one of the first symptoms in Alzheimer's disease and hope that the direction research will help scientists understand the disease’s development.

“Almost all brain-related diseases are different in men and women, either in the number of affected individuals or in severity,” said Pintzka. “Therefore, something is likely protecting or harming people of one sex.”