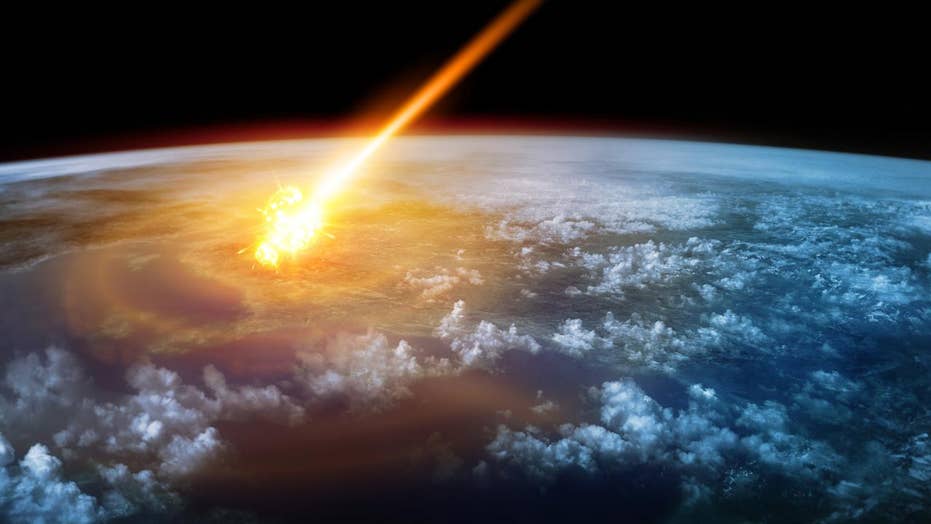 Here's one less thing to worry about. A giant asteroid is hurtling toward Earth, but the folks at NASA say there is no chance it could hit us.

The space rock the size of the Rock of Gibraltar, per AFP, or six NFL football fields, per CNN, will make a harmless fly-by on Wednesday.

"Although there is no possibility for the asteroid to collide with our planet, this will be a very close approach for an asteroid this size," NASA says in a statement.

After looping around the sun, the 2,000-foot-wide space chunk named 2014-JO25 will buzz Earth at a distance of 1.1 million miles, or a reassuring five times the distance to the moon.

It will then keep going past Jupiter. Smaller space rocks swirl around Earth all the time, but this is the closest pass of a really big one since 2004, when the 3.1-mile-wide Toutatis passed within "four lunar distances," NASA says.

Not much is known about the latest asteroid, though reports indicate it has a reflective surface twice as bright as the moon. The close encounter means that even amateur astronomers with small telescopes or binoculars will be able to catch a peek, Space.com notes.

It will be visible for one or two nights, before slowly fading away. (You can watch it live here.) NASA telescopes in California and Puerto Rico will deliver radar images that "could reveal surface details as small as a few meters." NASA says, calling it an "outstanding opportunity to study this asteroid." (NASA is hunting an asteroid that may slam into Earth.)

This article originally appeared on Newser: Mega Asteroid to Buzz Earth on Wednesday