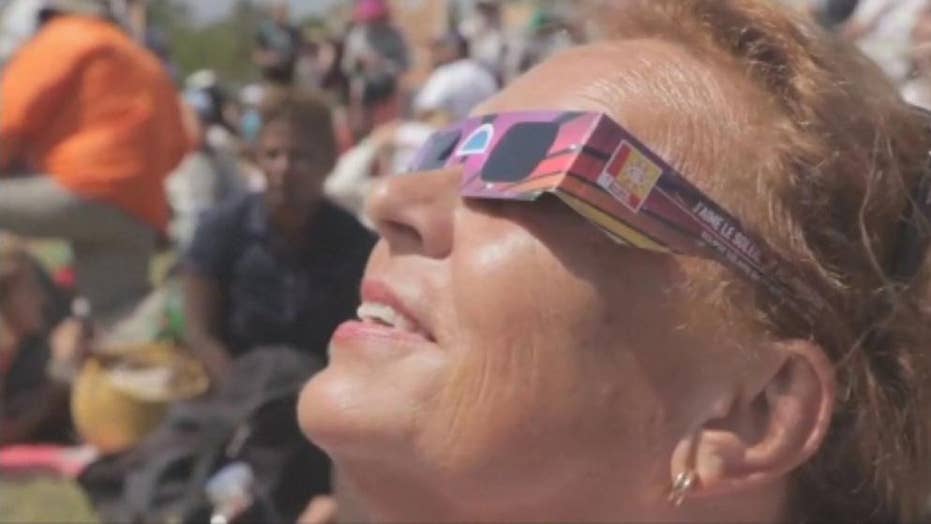 A total solar eclipse is slated to happen on Monday, as the Moon will cross in front of the Sun, blotting out the light from our favorite star for a couple of minutes along a 70-mile-wide swath of the U.S. that runs from Oregon to South Carolina.

Countless millions of Americans will be watching — but most of them will not be in the small zone of totality. And that’s what petrifies Lou Tomososki of Oregon City, Oregon.

Tomososki, 70, was a high school kid in 1962 when he and a friend looked up to glance at a partial solar eclipse — “We were just doing it for a short time, he says” — and saw a flash of light similar to that of a camera flash.

DOCTORS BRACE FOR RISE IN ER VISITS AHEAD OF SOLAR ECLIPSE

But the sun is not a camera. The next morning, Tomososki still had a blind spot in his right eye. And 55 years later, “Nothing has changed," he told TODAY. “It doesn’t get any worse or better.”

The condition is called solar retinopathy — permanent damage to the retina caused by looking directly at the sun.

"Anyone who stares at the sun can get this blind spot,” Dr. Russell N. Van Gelder, a professor of ophthalmology at University of Washington School of Medicine and clinical spokesman for the American Academy of Ophthalmology, told TODAY. “When you know that you have a problem is if that blind spot has not gone away (the next day)."

Van Gelder said it’s safe to look directly at the sun only if you’re in the area of totality — that 70-mile swath that will be plunged into darkness on Monday — and only for the duration of totality (a bit more than two minutes, depending on the location).

“When the disc of the moon has completely blocked out the sun and the corona of the sun is visible, it is safe to look at the corona,” Van Gelder said. “The second the sun comes out, the eclipse glasses have to go back on.”

The same goes for your smartphone. “You can burn out your camera in the cellphone just like your retina,” he said.

The next solar eclipse in the U.S. will take place in seven years — on April 8, 2024, carving a path from Texas to Maine. If you want to watch that one, then it’s time to see the light and take proper precautions: Don’t even think about looking at Monday’s eclipse without proper eye protection.

“Millions of people out there are going to be looking out at it,” Tomososki says. “How many of them are going to say, ‘Something happened to my eyes?’ That makes me sick.

“I am just so concerned that somebody isn’t going to listen.”