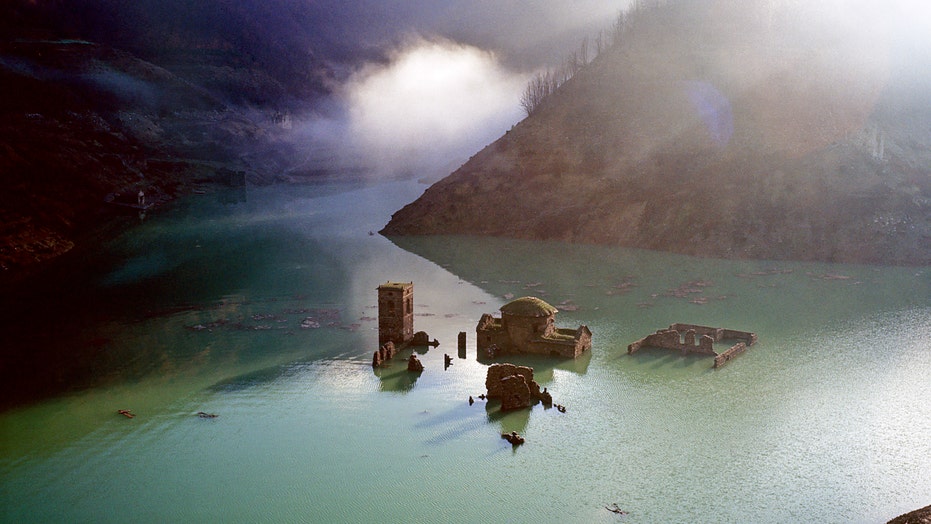 A “lost” medieval village is set to emerge from the waters of an Italian lake.

The sunken village of Fabbriche di Careggine disappeared beneath the waters of the artificial lake Vagli in 1953, according to La Repubblica, but “reappears” whenever the reservoir is drained for maintenance work. The Tuscan ghost town’s last appearance was 1994.

In this photo the village of Fabbriche di Careggine, at the foothills of the Apuan Alps in Tuscany, is almost submerged - file photo.  (Photo by Romano Cagnoni/Getty Images)

In a Facebook post on May 10, Lorenza Giorgi, daughter of the former mayor of Fabbriche di Careggine, said that the lake Vagli will be emptied again next year. "I inform you that from certain sources I know that next year, in 2021, Lake Vagli will be emptied,” she wrote. Giorgi said that the news had been confirmed by Enel, which manages the reservoir.

"Regarding the recovery of the village of the Fabbriche di Careggine, a memorandum of understanding is currently in the process of being formalized between our Group and the municipality of Vagli di Sotto to support the 'Progetto Essere 2020 - Vagli'," a spokesman for Enel told Fox News, via email. "A workgroup will be started to determine the feasibility of the project. Official communications will follow shortly."

File photo of the village of Fabbriche di Careggine almost submerged beneath the waters of lake Vagli. (Photo by Romano Cagnoni/Getty Images)

More than a million people visited the area in 1994 to see the eerie remains of the village when the lake was last drained, according to Giorgi.

Lonely Planet reports that the sunken village dates back to the 13th century and was once inhabited by ironworkers.

The village was evacuated in 1947, according to the Mulinoisola website.