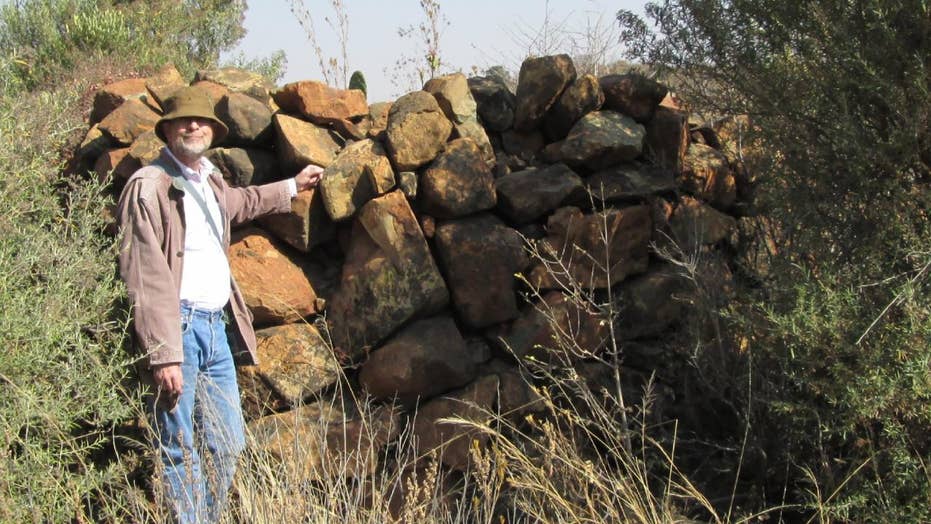 What researchers once thought were a few dispersed South African homesteads turned out to be something different; mere parts of a sprawling lost city.

Local landowners had known about ruins at Suikerbosrand near Johannesburg for generations, according to Karim Sadr, professor at the School of Geography, Archaeology and Environmental Studies at the University of the Witwatersrand. “Archaeologists from my University dug several of the homesteads there in the 1970s and 1980s,” he told Fox News, via email. “But no one ever saw the ruins as anything more than a scatter of homesteads, a few villages dispersed here and there.”

Sadr, who has visited the area multiple times in the past three decades, explained that he used LiDAR (Light Detection and Ranging) technology to reveal the city’s secrets. The in-depth aerial images tell a fascinating story of the archaeological site, which is known as 'SKBR.'

“It is only when I obtained LiDAR imagery for about 20 square kilometres (7.72 square miles) of the western foothills and had examined it in minute detail that I started to see the aspects of the built environment that are largely invisible from the ground and on air photos because of the vegetation cover,” he said. A host of stone structures showed up on the images.

LiDAR uses a laser to measure distances to the Earth’s surface and can prove extremely valuable to study what is hidden in areas with thick vegetation. LiDAR is also used extensively in other applications, including autonomous cars where it allows vehicles to have a continuous 360 degrees view.

Sadr commissioned a LiDAR aerial survey of the first 10 square kilometres in late 2014 and the remainder the following year. “It was only in 2016 after poring over all of that detailed imagery that I eventually realized that the homesteads are not a scatter of villages but parts of one entity; a city, rather than a dispersion of homesteads,” he told Fox News.

The Conversation reports that the city was occupied by speakers of the Tswana language from the 15th century until about 200 years ago. Other Tswana cities were known to exist in the region, but not in that specific area. The Tswana city-states collapsed as a result of early 19th-century civil war, according to The Conversation.

“It is significant because we did not know that there was a Tswana city this far east of the group that had already been visited by the European travellers at the beginning of the 19th century; so we have extended the range of this archaeological culture and its city-states,” said Sadr.

SKBR covered an area of about 6.2 miles from north to south and was about 1.2 miles to 2 miles wide. “I have counted about 800 homesteads in this area and there are probably more, but it is difficult to say how many people occupied the city at any time, since not all the homesteads would have been occupied concurrently and some may have contained many more people than others,” Sadr said. “My guess is that the city never had more than 10,000 people at any one time, but that is just an educated guess.”

While more LiDAR coverage of SKBR is planned, archaeologists are also preparing to examine the site up close. “LiDAR cannot show everything and many of the parts of the city need to investigated on the ground from up close,” said Sadr, noting that this research can form the basis of students’ theses. “Eventually we will want to excavate some parts of the site and since the deposits are not generally deep, not a lot of earth has to be moved.”

“Beyond SKBR, there are also questions about the spatial limits of this city-state, its boundaries, outpost, neighbours, external trade connections and such that need to be answered,” he added. “And eventually, the big question to answer is why did the Tswana decide to become an urban population around a quarter of a millennium ago?”