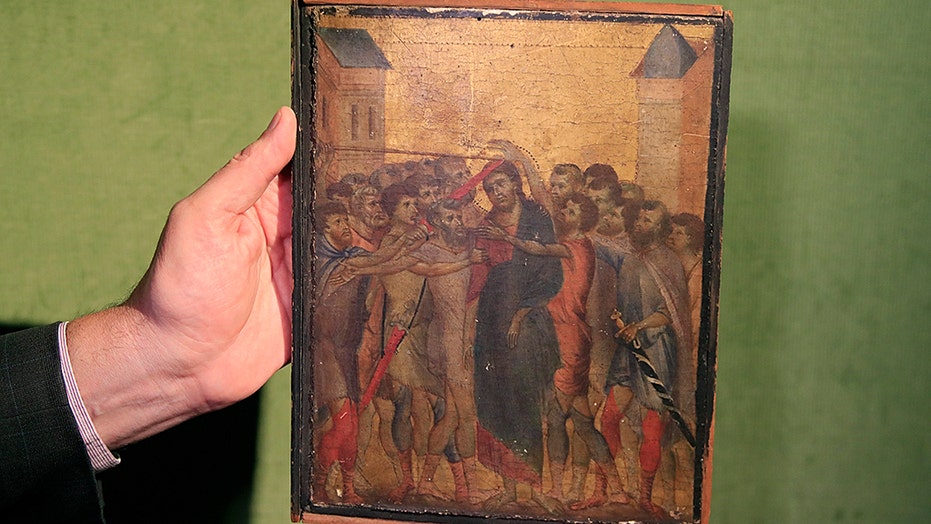 A painting found in the kitchen of an elderly woman in France is a work of art from a 13th century Renaissance artist and could be worth as much as $6.5 million, according to experts.

The piece, known as "Christ Mocked," is a long-lost work from Italian painter Cimabue and is part of a series of paintings from him, according to the BBC. The woman, who lives in Compiegne, thought the work of art was an old religious icon and had it valued by experts, who said there was "no disputing" where it came from.

Art expert Stephane Pinta points to a 13th-century painting by Italian master Cimabue in Paris, Tuesday, Sept. 24, 2019. It was found in a French kitchen, and is now expected to fetch millions of euros at an upcoming auction. (AP Photo/Michel Euler)

Experts used infrared light tests to compare previous works by Cimabue, also known as Cenni di Pepo, to determine if they were similar, and indeed, they were.

Cimabue's painting is slated to be auctioned on Oct. 27.