A Texas state representative came under fire on social media Wednesday over a tweet about famed British physicist Stephen Hawking that some found insensitive.

Just hours after Hawking died, Rep. Briscoe Cain, a Republican, tweeted: “Stephen Hawking now knows the truth about how the universe was actually made. My condolences to his family." Hawking died Wednesday at age 76.

The tweet was seen by some as mocking the world-renowned physicist’s lifelong work to find the origins of the universe and the fact that he was an atheist.

“What an embarrassment you are. Trolling someone at the time of their death is a sign of weakness no matter how you feel about them. You are a jerk," one user tweeted.

Some called on his removal from the Texas House.

“At a time like this, and I don’t care who it is, and I am sure they care less who you are, but mocking the deceased and his family reveals the smallness of your character. Be better than that,” tweeted Rep. Alfonso "Poncho" Nevárez, D-Eagle Pass.

Hawking was known for rejecting the explanation of that a Creator – or God – created the universe.

“Spontaneous creation is the reason there is something rather than nothing, why the universe exists, why we exist,” the physicist wrote in his book, “The Grand Design.” “It is not necessary to invoke God to light the blue touch paper and set the universe going.”

“Before we understand science, it is natural to believe that God created the universe. But now science offers a more convincing explanation,” Hawking said in an interview with Spanish publication El Mundo. “What I meant by ‘We would know the mind of God’ is, we would know everything that God would know, if there were a God, which there isn’t. I’m an atheist.” 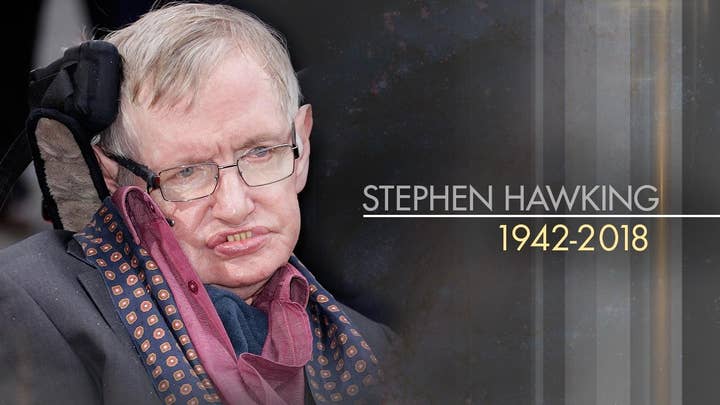 But despite the overwhelming criticism, the lawmaker remained defiant and stood behind his comment.

“While many see him as one of the greatest public intellectuals of the last century, and no one disputes that he was brilliant, the fact remains that God exists,” Cain told the American-Statesman. “My tweet was to show the gravity of the Gospel and what happens when we die, namely, that we all will one day meet the Creator of the universe face to face.

“Stephen Hawking was a vocal atheist, who advocated against and openly mocked God,” Cain continued. “Hawking has said, '[T]here is no god. No one created our universe, and no one directs our fate.’ And, elsewhere, `I’m an atheist.’”